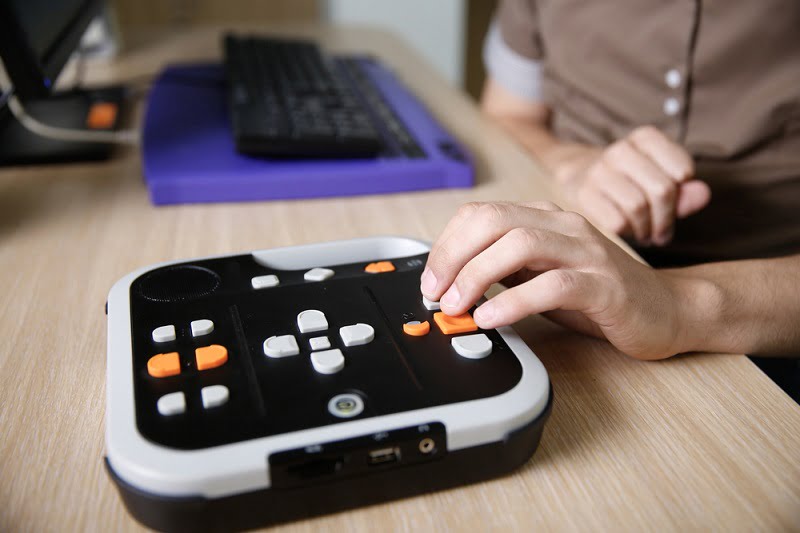 A whopping 19 percent of the U.S. population lives with disabilities, representing the largest minority group in the country. In Canada, the number is a staggering 13.7 percent. Many people who live with disabilities don’t have access to basic technologies and struggle to secure employment. However, thanks to advances in assistive technologies, people with physical limitations can pursue their life’s passions and become contributing members of society. Below are five assistive technologies that are changing lives, specifically of those who are visually impaired:

Many assistive technologies are now available as apps, and can be used by everyday devices such as smartphones, laptops, and even GPS devices. These apps not only help those who are visually impaired and struggle to see, they also provide assistance to those who experience trouble with their fine motor skills, enabling them to communicate electronically like anyone else.

For instance, an app called Be My Eyes connects a visually impaired user with a sighted volunteer via a remote video connection. This allows the user to get immediate assistance with any vision related problem they encounter, including interacting with their immediate environment.

Screen readers allow those with little to no vision to read the text displayed on the screen with either a synthesizer or braille display. The speech synthesizer can also alert the user to changes that appear on screen, as a result of entering a command on the keyboard or braille display. It can also help the user locate the position of the cursor on the screen and other advanced functions like automatically reading a predetermined section on the display.

Although screen readers come at a considerable cost, they can often be claimed as a medical expense.

For those with partial vision, screen magnification systems are helpful tools that can be loaded onto their computer. This technology magnifies the area around the cursor, allowing the user to more easily read the text. Screen magnifiers also enlarge graphics, icons, and buttons, all of which help the user consume the information on the screen and effectively navigate the interface.

New wearable technology allows those with a visual impairment to sense obstacles and locate objects within their environment. For instance, eSight glasses have a camera on the outside and two small hi-definition screens on the inside, with a remote control that enables users to optimize real-time footage for things like contrast and magnification.

Text-to-speech software is designed to help people who have difficulties reading standard print, by translating text into audio. This technology scans and reads words to people in a synthesized voice, using a variety of speech sounds that make up words in any given context. Many smartphones include a built-in text-to-speech feature to help those with visual impairments, as well as people who prefer using this feature instead of reading text.

Accessible Learning for those with Disabilities

People living with disabilities are often challenged to pursue their dream career. Fortunately, there are solutions offered by colleges include a variety of accommodations to reduce or eliminate disability-related issues. Many colleges offering note taking services and other programs to make their course offering more accessible.

Distance-based learning opportunities, even when not fully accessible, can also help. Online self paced education programs in plc programming, for example, allows anyone to complete from the comfort of their own home. This helps people who might have mobility issues or other challenges with traveling to and from class.

It’s important that educational programs, both online and in-person, make every effort at accommodation. This is because it’s not just people living with a disability who benefit when we make society more accessible; everyone in society does too.