CVS is placing healthcare at the core of its growth strategy, intentionally favoring healthcare over retail. That was evident recently, when CVS decided to dump cigarettes, which are incompatible with a healthy lifestlye. Analysts thought that move might hurt the company by knocking down front-store sales and profits.

But CVS (now officially “CVS Health“) is doubling down on the strategy. Caremark, the company’s pharmacy benefit management arm, is offering a tobacco-free pharmacy network, which will penalize members who shop in stores that sell tobacco by dinging them with an extra co-pay. The commercial logic for Caremark is clear: find a legal way to discriminate against other drugstores in favor of CVS.

The health rationale is a little hazier. I suppose some smokers could end up smoking more if they pick up their prescription where it’s convenient to restock on cigarettes. And may some ex-smokers will go back to the habit if they’re tempted in the pharmacy. But it’s a bit of a stretch –and I can’t imagine CVS would have tried this if there weren’t a competitive edge.

So that got me thinking about what’s next for CVS. Here’s an idea: add an extra co-pay for stores that sell guns. If nothing else that should bring them some attention! The National Rifle Association and physicians organizations have been battling over what doctors say to their patients about guns. A new CVS policy might get the general public involved in this discussion. This strategy would also enable CVS to discriminate against Walmart, which sells guns and is a very formidable competitor.

From a neutral, objective public health standpoint, it should be at least as straightforward for CVS to demonstrate that a store selling guns is as dangerous to member health as a store selling cigarettes. But of course there’s absolutely no chance CVS will make this argument. 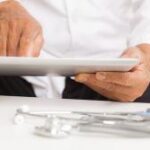 Is Meaningful Use Working? How Can Innovators Encourage EHR Adoption?
Next Article 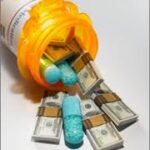 The ABCs of Specialty Pharmacy