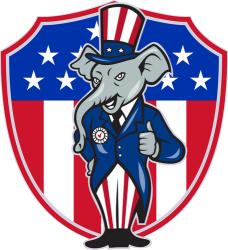 This is the first post in a series that looks in detail at the GOP’s newly proposed plan to repeal and replace the Affordable Care Act (ACA). Today, I want to take a look at the paragraph in the executive summary of the plan proposal that motivates the GOP’s desire to repeal and replace the ACA. In just the second paragraph, the authors (Sen. Burr, Sen. Hatch, and Rep. Upton) make the following claims:

This is the first post in a series that looks in detail at the GOP’s newly proposed plan to repeal and replace the Affordable Care Act (ACA). Today, I want to take a look at the paragraph in the executive summary of the plan proposal that motivates the GOP’s desire to repeal and replace the ACA. In just the second paragraph, the authors (Sen. Burr, Sen. Hatch, and Rep. Upton) make the following claims:

“The law sent premiums and out-of-pocket costs skyrocketing, forced limited networks, cancelled health plans, reduced workers’ hours, hurt jobs, and threatened the safety nets of Medicare and Medicaid that protect some of our nation’s most vulnerable. Today, just seven percent of Americans say they expect the law to reduce their health care costs. Further, a Gallup poll shows that one in three Americans report putting off medical treatment that they or their family need because of cost–the highest response rate in the 14-year history of Gallup asking consumers about this issue.”

Let’s take a moment to examine these statements. First of all: “The law sent premiums and out-of-pocket costs skyrocketing…” Well, the first issue with this is the use of the word “skyrocketing.” That’s a little thing that we call hyperbole. It’s useful when you want something to sound dramatic, and it’s especially helpful when you can’t–or don’t want to–quantify the change. Then there’s the whole issue of it being false. Prior to the enactment of the ACA, health insurance premiums increased by about 10% on average each year. After the health insurance exchanges were established, we’ve seen average premium increases in the range of 7.5%. As a number of articles make clear, this is actually a reduction in the rate of cost growth and in some cases we are actually seeing price decreases. Next, there’s the issue of limited networks. This one, I will admit, is true. To help keep costs down (see my preceding paragraph), many insurers opted to negotiate contracts with limited networks of providers. This works by ensuring that the providers have access to a large number of patients (i.e., it makes them more attractive since they’re “in network”) and thus, the providers are willing to be paid less for each patient. This is a problem, and one that the White House is working to address. However, this alone does not require repealing the ACA. In fact, repealing the ACA would mean that many people would lose their insurance coverage. And, if you think a limited provider network is a problem for the insured, let me assure you that it is a much bigger issue when you’re forced to rely on charity care.

Then we have the cancelled health plans. There’s also truth to that. In fact, I’ve written about it before here and explained what the President was working on to address the issue here. Again, this is something that can be fixed without repealing the ACA, and which ultimately, ensures that individuals wind up with a more sufficient health insurance plan that offers them more financial protection.

The GOP proposal claims that the ACA has “reduced workers’ hours” and “hurt jobs.” I can only assume that they’re referencing a report that came out from the Congressional Budget Office in February 2014. That report was widely cited as evidence that the ACA was killing jobs, but it also has a vastly different interpretation, which I detail here.

Finally, the proposal claims that the ACA “threatened the safety nets of Medicare and Medicaid….” Nothing could be further from the truth. In fact, the ACA expanded the Medicaid program to protect more of our nation’s most vulnerable. It was only when the Supreme Court ruled that the Medicaid expansion was optional, leading roughly half of states not to participate in the expansion, that we’ve seen a restriction in the program. As for Medicare, the part of the program that funds hospital stays (Part A) was expected to run out of money in 2017. The implementation of the ACA actually extended the life of the trust fund, making the program solvent through 2029. And the most recent projection has pushed that out to 2030. I have a very hard time seeing how that’s a threat to Medicare and Medicaid. That said, I don’t think the ACA has come anywhere near fixing all of the long-term problems with the two programs. Mandatory spending is a challenge that must be dealt with, but the ACA has moved us in the right, not the wrong, direction.

I’d like to end by taking a look at the two pieces of selective evidence the proposal cites. First, that “just seven percent of Americans say they expect the law to reduce their health care costs.” I’d like to demonstrate how easily one can spin the numbers from that poll. For example, did you know that in that very same poll, a majority of Americans–59%–are opposed to repealing the ACA? Similarly, did you know that 59% of Americans expect that the ACA will not have a negative impact on the quality of the healthcare they receive? And, did you know that–despite all of the changes the law makes and the millions of people who will gain insurance coverage–many for the first time–some 43% of Americans do not expect the ACA to increase their healthcare costs? Just take a look for yourself here.

Second, the claim that “a Gallup poll shows that one in three Americans report putting off medical treatment that they or their family need because of cost–the highest response rate in the 14-year history of Gallup asking consumers about this issue.” This–as you can see here in graphical form–is true. Here’s the problem: The ACA was not signed into law until 2010. Take a look at the graph. You can see a very clear upward trend that precedes 2010. In fact, if I wanted to make an equally ill-interpreted statement of these data, I could write “Under President George W. Bush and his failed healthcare policies, the proportion of Americans who delayed medical treatment that they or their family needed because of cost skyrocketed from 19% to 30% in just 5 years.” Or alternatively “During President George W. Bush’s time in office, the proportion of Americans who delayed medical treatment because of costs soared by nearly 58%.” You see my point. Second, the last year of data in this poll–the one that the GOP proposal highlights–comes from 2014. It’s worth noting that 2014 is the first year that the major elements of the ACA were operational. Thus, unless we expect an immediate impact from the health insurance exchanges and the optional Medicaid expansion, this result is no surprise. We could make claims like “Over the last decade and a half, the largest decrease in the proportion of Americans delaying medical treatment because of cost occurred during the Obama administration.” Of course, such a claim is equally faulty from a causal standpoint, but you see where I’m going with this.

The bottom line is: There is some accurate information in the executive summary of this proposal, but there is also a great deal of hyperbole, and some flat out false propaganda. But that’s just what motivates the details of the proposal. I’m not shocked to see this sort of political rhetoric here, but I think it worthy of our scrutiny. Still, the most important things are the details of the replacement plan. I’ll be tackling each of those in the upcoming series of posts.