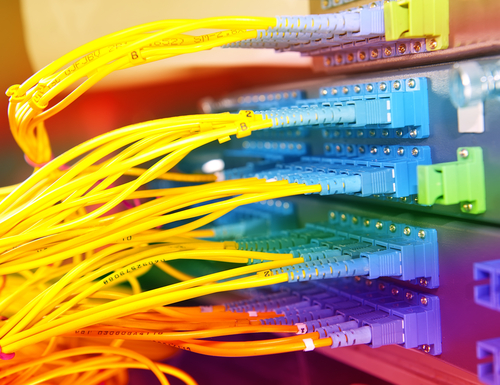 The Health IT Scandal the NY Times Didn’t Cover As health information technology honchos gather for the annual HIMSS trade show and schmoozefest, it’s a safe bet the industry “scandal” the New York Times placed on page one recently will breed more bored yawns than buzz. The real scandal in health IT involves the customers, not just the vendors, but that’s a topic for quiet conversations journalists can’t cover.

In case you missed it, the shocking news was that health IT companies that stood to profit from billions of dollars in federal subsidies to potential customers poured in ­– well, actually, poured in not that much money at all when you think about it ­– lobbying for passage of the HITECH Act in 2009. This, putatively, explains why electronic health records (EHRs) have thus far failed to dramatically improve quality and lower cost, with a secondary explanation from athenahealth CEO Jonathan Bush that everything would be much better if the HITECH rules had been written by Jonathan Bush of athenahealth.

Next up: corporate lobbying for passage of the 1862 Pacific Railroad Bill is blamed for Amtrak’s dismal on-time record in 2013.

The actual scandal is more complicated and scary.  It has to do with the adamant refusal by hospitals and doctors to adopt electronic records no matter what the evidence. Way back in 1971, for example, when Intel was a mere fledgling and Microsoft and Apple weren’t even gleams in their founders’ eyes, a study in a high-profile medical journal found that doctors missed up to 35 percent of the data in a paper chart. Thirty-seven years later, when Intel, Microsoft and Apple were all corporate giants, a study in the same journal of severely ill coronary syndrome patients found virtually the same problem: “essential” elements to quality care missing in the paper record.

That clinical evidence and the way in which the world outside medicine had been transformed by computers did almost nothing to change health care. Computerized medical records were available: before there was “Watson,” the IBM computer helping doctors make decisions, there was “Watson,” the IBM chairman, vainly trying to sell electronic records to doctors as early as 1965. But well into the 21st century, most providers only trusted computers to send out the bills.

Even those hospitals that adopted EHRs rarely bought, or bought and then didn’t turn on, clinical functions related to drug-drug interactions and infection prevention. “Computerized medical records” were used to better document all the small details of care that boosted payment in a fee-for-service world. Salt Lake City’s LDS Hospital used computerization to reduce the adverse drug reaction rate below the theoretical minimum of the Harvard Medical Practice Study and its innovation diffused precisely nowhere. One hindrance, some doctors whispered softly, was that infections resulted in more care, more revenue and more profit for the hospital.

To sum up: well before 2009, solid research and case studies showed that EHRs had the potential to save money and improve care, yet the pace of integrating them into practice was so tepid that HIMSS had to revise its original “Stage 1 to 7” EMR Adoption Model for hospitals to include a “Stage O.”

And then a wonderful thing happened that we, in our era of polarized politics and bizarre bursts of federal budget cuts, can only look back upon in nostalgia. Republican and Democrat, liberal and conservative, corporate executive and techno-geek all united to bribe doctors and hospitals to do what a minimally functioning free market would have prompted them to do years before. The point man was GOP House Speaker Newt Gingrich, whose cries of “Paper kills” accompanied rich speaking fees. Happily complicit Democrats (Hillary Clinton, Patrick Kennedy) and every health care trade group with a vowel in its name cheered him on.

This is also the time when think tanks, consultants and researchers ginned up studies showing that EHRs would save oodles of cash, improve care and shower jobs and prosperity on every Congressional district. (OK, I made that last one up; I think.)

Since this was a bribe rather than a gift, we taxpayers did demand something in return. When doctors and hospitals (“eligible professionals” and “eligible providers”) doled out the dough ­– and spending money was the point, since HITECH was part of an economic stimulus bill ­– they had to demonstrate they used what they bought to improve care. Wallets twitching, the professionals and providers agreed to “meaningful use.”

Now we come to the behavior that really should inspire the outrage. We as a nation paid out billions in bribes because so many physicians simply refused to believe they could benefit from an EHR that the hospitals dependent on those doctors for admissions refused to buy computerized records no matter what the evidence. The vendors, aiming to ease the transition when hospitals did buy, designed clumsy interfaces based on provider habits and inefficiencies from the paper world. When the market finally changed, all the bad stuff got baked in: difficult interfaces and missing functionality that frustrated physicians; poor customer service from vendors puffed up with profits; absurd flaws ­– a medical record less searchable than a ten-year-old PC – that were never corrected while piled-on new features created a kluge-job catastrophe.

Then there were the unintended consequences that occur when any innovation is taken to scale. Is it any surprise that academics focusing on efficiency and clinical improvement were blindsided by sharpies who focused, instead, on how EHRs could help game the reimbursement system to make more money? Is it a surprise that a new technology deployed in a hurry can be downright dangerous as well as helpful? Unfortunately, painting a picture of a panacea was useful for public relations purposes, but prompted a widespread backlash when reality set in.

Fortunately, it’s no longer 2009. “Meaningful use” requirements are gradually attaining real meaning. The rapid growth of high-speed cloud computing and specialized medical apps is starting to break the hold of the old-style EHR thinking. Even true interoperability continues to glitter on the horizon, even if that horizon seems sometimes to continually recede.

The problem with health IT isn’t the politicians and lobbyists, easy targets though they may be. It’s us, in health care. It’s the doctors, hospitals, vendors and researchers among us who are not held accountable when our behavior delays and distorts innovation, hurts patients, costs money and impugns our own industry’s credibility