There is an opportunity to expand the current bedside Medicare eligibility enrollment programs and self-pay collections due to the changes in the rules and the immense confusion for consumers who want to pursue the Medicaid and insurance exchange application process. Case in point, as of October 11th, just 51,000 Americans have enrolled in Federal Insurance Exchanges due to confusion and a lack of a working web site set up by the government.

There is an opportunity to expand the current bedside Medicare eligibility enrollment programs and self-pay collections due to the changes in the rules and the immense confusion for consumers who want to pursue the Medicaid and insurance exchange application process. Case in point, as of October 11th, just 51,000 Americans have enrolled in Federal Insurance Exchanges due to confusion and a lack of a working web site set up by the government.

In states that do not implement the Medicaid expansion, hospitals will miss out on an estimated $145 billion over the 2013-2022 period in Medicaid payments tied to coverage, but will still face cutbacks in Medicare and Medicaid disproportionate share hospital payments as well as lower Medicare payment rates that take effect independent of whether or not a state adopts the Medicaid expansion”.

This information supports the fact that states who implement Medicaid expansion will be better targets for bedside Medicaid eligibility and Insurance Exchange application counselor support, which can be provided by outsourcers.

Hospitals will also need additional support staff at point of service to help patients enroll in the State or Federal insurance exchanges. The navigators and certified application counselor programs are underfunded and the personnel will be inadequately trained to handle the expected volume increase at hospitals.

It is anticipated that a hospital’s Medicaid population will shift from mostly women and children applying for coverage to a mix of men, women and children. This will acerbate the difficulty of servicing consumers. Outsourced Medicaid eligibility enrollment programs will be more prepared to handle the new business environment.

There is a small window of opportunity for hospitals to set up expanded staff resources to support the Medicaid and insurance exchange expansion on January 1st. Hospital’s need to have a plan in place when the first patient walks into their doors in 2014. Based on industry projections, it is anticipated that patient enrollment in these new programs will rise, not withstanding the slow start the insurance exchanges have experienced.

Emergency Departments will still be under the gun to get their patients enrolled in Medicaid, and they will face additional challenges to help patients apply for State or Federal Insurance Exchanges, or they will risk leaving millions of dollars on the table.

Recent data suggest state and federal exchanges will not have enough navigator staff to help consumers to understand their options. It is anticipated that navigator staff will likely only have the time and resources to guide consumers through the range of options on the exchange and Medicaid web portal. States who have chosen not to have a Federal exchange program will rely mostly on certified application counselors to assist consumers through the web portal.

It is expected the larger states will fare better than the smaller states because they will have a greater number of insurance carriers to supply insurance. Patients in those states will benefit by having greater insurance choices. Smaller states who have limited insurance carriers today will struggle due to the compensation model exchanges are operating under. They are compensated based on the cost of premiums and total costs of the plan a consumer chooses.

Performing Medicaid eligibility enrollment assistance in hospitals offers a continued expansive opportunity. Even with Federal and state application assistance, hospitals will need personnel who are trained on the complexity of the new programs. That said, the Federal government is counting on consumers to familiarize themselves and sign up for programs on the exchange web portal, lessening the government’s role and involvement providing application assistance. So far, this assumption has proven to be far from the truth.

Fortunately for eligibility enrollment assistance outsourcers, most lower income consumers who arrive in the Emergency Department do not have the breadth of knowledge and understanding to go to the web portal and figure out the best options for them. This will put extra pressure on an already overwhelmed system and create an additional opportunity for Medicaid outsourcing companies to grow revenue.

The navigator support program is designed to ready their personnel by using a train-the-trainer method. The nature and complexity of the multi-level options and different choices of the exchange programs are anticipated to magnify consumer confusion and lower compliance. The train-the-trainer effort will likely be insufficient to spread knowledge over a wide variety of Federal and state navigator and application assistance counselors. Without constant re-training, there will be a breakdown of communication to consumers, making it very difficult for them to make informed decisions about their coverage options.

The state of confusion of the new Medicaid and exchange scenarios offers outsourcing firms an opportunity to procure additional revenue. In addition to the Medicaid and insurance exchange revenue opportunities, there will be an expanded self-pay business opportunities as well.

Self-pay revenue collection opportunities will expand in every state. In states who haven’t committed to have Medicaid expansions, subsidies to consumers will max out at 60% of charges. That will leave 40% of charges left to be paid by consumers. Many consumers will choose high deductible Bronze exchange insurance plans which have high co-pays and deductibles in the range of $1,000 to $3,000 per occurrence. In some states, these factors will exponentially increase self-pay volumes over current levels by at least 15% or more. These new dynamics will highlight the need for more efficient and effective bedside Medicaid enrollment processes and self-pay collection strategies, thereby creating expanded opportunities for outsourcers to drive new revenue and increase profitability. 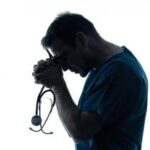 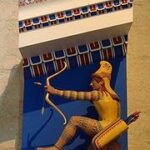