In 1965, Medicaid was conceived as a program to provide acute care for people who had no other resources. As the graph shows, it has been expanded far beyond its original scope. Reformers in the 1990s who wanted to expand it to cover everyone under 65 were successful in passing one expansion after another. As a result, the program is no longer limited to providing acute care to people in poverty. Given the rising incomes of people covered under the program, Congress might consider giving states the flexibility to create their own copayment and deductible requirements. Congress first allowed Medicaid copayments in 1982. Unless a state Medicaid program operates under a waiver, the maximum deductible must be “nominal” in amount. Nominal is currently interpreted to be limited to a deductible of $2.00 per month per family, with copayments for services that range from $1.00 to $3.00. In short, the pricing structure of Medicaid is so out of whack that Medicaid clients find that it costs about as much to check into an emergency department as it does to buy lunch off the McDonald’s Dollar Menu. Medicaid cost-sharing is even less than meets the eye when one considers that it may not be applied to emergency services for people with serious conditions, family planning supplies, services for children, services for pregnant women, or services to people in hospitals or institutionalized long-term care. (Thanks to Michael Bond for suggesting the graph.) 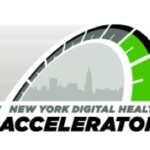