First published on MedCityNews.com. When Pennsylvania got the Obama administration’s signoff on its Medicaid expansion plans last week, it became the ninth state with a Republican governor to agree to broaden coverage for low-income residents – a key component of Obama’s healthcare reform law.

Getting to that point, though, wasn’t easy. The Obama administration has made itself open to negotiations with red state governors who say they would support Medicaid expansion with some tweaks to how it was originally proposed.

Pennsylvania, for example, was allowed to charge premiums to enrollees above the poverty level, as well as charge $8 copays for members who visit the emergency room for non-emergency situations.

But not everything is fair game for compromise. Sarah Kliff highlighted the administration’s stance on what is and isn’t up for negotiation as states like Tennessee, Utah and Virginia explore the possibility of expanding Medicaid. 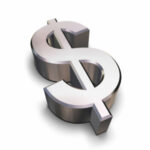