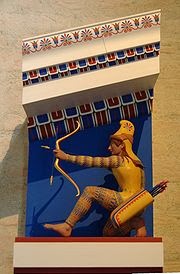 Cruz Takes Aim
There’s nothing unexpected or unfair here.  Romney campaigned hard against Obamacare.  The country had an opportunity to elect him, and declined to do so.  Did we expect that Obama would dismantle his signature legislative first term achievement in his second term?  When Romney lost, Obamacare won. The Affordable Care Act was legally enacted, albeit without a single Republican vote.  The Supreme Court determined that the law was constitutional.  Elections matter.  So, a flawed program, whose ultimate consequences are not yet entirely visible, was legally enacted and will be nearly impossible to derail.
Of course, serious reform was needed.  I written throughout this blog that our health care system was not enjoying optimal health.  There were glaring deficiencies and inequalities that I could never satisfactorily explain to my patients.

Obamacare emerged because the dysfunctional system demanded a response, and no prior president since the Truman administration was able to move the ball down-field.  Had Obamacare antagonists passed reform measures incrementally during past decades, then we wouldn’t be subjected to the clumsy and heavy hand of government healing now.

I don’t like Obamacare and I wish it could be repealed.  But, the program didn’t emerge from nowhere.  Those who coasted along for decades clinging to the status quo, created a target so large that you could hit it without aiming.  In Ted Cruz’s 21 hour and 19 minute speech, he never explained what brought us all to this moment.  We can’t blame Obama for this.  His aim was wild, but the target we all created was so large, that he couldn’t miss.