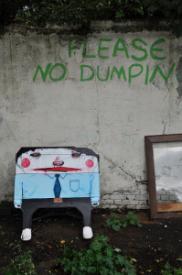 One More Way ObamaCare May Lead to Single Payer One reason opponents of ObamaCare are so vehement is that they fear the Affordable Care Act may lead the United States to a single payer system. They’re not entirely wrong. (For more reasons they’re vehement check out my earlier post on the topic.)

One reason opponents of ObamaCare are so vehement is that they fear the Affordable Care Act may lead the United States to a single payer system. They’re not entirely wrong. (For more reasons they’re vehement check out my earlier post on the topic.)

Self-insured employers pay their own claims rather than paying premiums to health plans to manage the risk. They use  health plans as third party administrators rather than insurers. If costs are kept under control they do well, but if costs rise the employer bears the brunt. Most insured employers have thousands of employees and the majority that are reasonably healthy counterbalance the few with very high expenses. But since some chronic illnesses (hemophilia is one example from the article) can cost hundreds of thousands of dollars per patient per year, it could still be advantageous to avoid having those few patients on the rolls.

Under the Affordable Care Act it may be possible for employers to encourage such patients to migrate to a public exchange. For example, an employer could raise cost sharing on expensive drugs, making them unaffordable. At the same time it could pay for an individual employee’s platinum level policy on the exchange for a few thousand dollars. The company would pay less and the employee would pay less. The high costs for the employee would be spread more broadly over the exchange population or picked up by the federal government.

I don’t think it’s such a bad thing, because I don’t think we should make it difficult for individuals with high health costs to get jobs or to afford coverage.

The article points out that it’s surprising the ACA allows this type of behavior, considering that employers are not allowed to push older employees into Medicare and that employers have had to repay claims for employees who were pushed into high risk pools.

Maybe the ACA should be amended to discourage pushing high cost employees into the exchanges, but I don’t see it happening. Opponents of the law are still not willing to make improvements to it, since that would mean accepting the ACA’s permanence. And many supporters of the law may be happy or at least –like me– ambivalent about the existing provision.