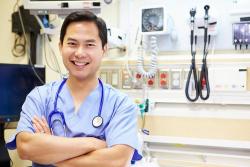 Adults who are insured under Medicaid visit emergency rooms 40 percent more often than those in similar circumstances who do not have health insurance, according to a new study.

Adults who are insured under Medicaid visit emergency rooms 40 percent more often than those in similar circumstances who do not have health insurance, according to a new study. “When you cover the uninsured, emergency room use goes up by a large magnitude,” Amy Finkelstein, a professor of economics at MIT, said in a press release. She acted as co-principal investigator in a recent study published in Science, along with Katherine Baicker, a professor at the Harvard School of Public Health.

In a 2011 paper published in theQuarterly Journal of Economics, the same team showed that Medicaid coverage increased doctor visits, prescription drug use, hospital admissions, and self-reported good health, all while reducing out-of-pocket expenses and/or unpaid medical debt. In a more recent 2013 paper featured in the New England Journal of Medicine, the researchers showed that Medicaid coverage reduced the incidence of depression but unfortunately did not produce measurable improvements in physical health. Their newest study similarly rests on a foundation laid by Oregon’s recent lottery system, which granted access to Medicaid to a limited number of uninsured adults.

In early 2008, Oregon determined it had a budget windfall that would allow it to enroll an additional 10,000 adults in its OHP Standard Medicaid program, a government-backed health care plan for low-income Americans. OHP Standard covers primary care physician services, prescription drugs, all major hospital benefits, hospice care, mental health, and chemical dependency services (including outpatient services), and some durable medical equipment. In short, although it excludes vision and nonemergency dental services, OHP Standard provides comprehensive health benefits with little to no consumer costs; monthly premiums range from zero to $20 depending on income.

Anticipating (correctly) that many more people would want to be insured under OHP Standard than the state could afford, Oregon established a lottery system and then drew names from a list of 89,824 individuals. In total, 35,169 individuals — representing 29,664 unique households — were selected by lottery and about 30 percent of those individuals successfully enrolled as they met all of the eligibility requirements: legal Oregon residents between the ages of 19 and 64 who were not otherwise eligible for Medicaid and had been without health insurance for six months; those with income below the federal poverty level along with assets beneath a $2,000 ceiling.

What makes this lottery so special, from a social scientist’s perspective, is it created a group of state residents obtaining Medicaid coverage who were otherwise similar to the applicants who continued to lack insurance coverage. In other words, it created an opportunity to conduct a randomized controlled evaluation of Medicaid.

For this current study, then, Finkelstein and her colleagues examined the emergency room records for roughly 25,000 people over 18 months — some of the individuals selected by lottery as well as others on the list who had not made the cut — and found that those covered by Medicaid use emergency rooms 40 percent more often than those in similar circumstances who do not have health insurance. The researchers also discovered that having Medicaid consistently increases visits to the emergency room across a range of demographic groups, types of visits, and medical conditions, including conditions that may be readily treatable in primary care situations.

As many might suspect, when out-of-pocket costs went down, the use of medical care went up. “If we’ve lowered the price of the emergency department, we would expect people to use it more,” Finkelstein explained. What, then, does this mean?

With the Affordable Care Act now underway, Medicaid has expanded in many states to cover a population similar to the one that gained coverage through Oregon’s lottery system. In the ramp up to implementation, the broadening of eligibility under Medicaid has been a much-debated aspect of the new health care law — according to government estimates, more than 19 million people are expected to join Medicaid this year, a significant 35 percent increase in participation over last year. The Obama administration also expects Medicaid spending to increase by 18 percent this year and then nearly double to $957 billion by 2021. Those in favor of the new law have argued that expanding Medicaid through the Affordable Care Act should reduce emergency room visits by those formerly uninsured because Medicaid will lower out-of-pocket costs when visiting a primary care doctor; once costs have been lowered, more people will have more frequent contact with their primary care physicians and not delay a visit to the doctor until it becomes an emergency situation.  If this is the case, the argument runs, overall costs to the Medicaid system will be substantially reduced since urgent care is more expensive than preventive and non-emergency care.

This study, though, proves the reverse — use of emergency services did not decrease despite the fact that participants were accessing more primary and preventive care. (Prior work by this team of researchers as well as others on Oregon’s lottery applicants also showed that people who obtain Medicaid increase their use of primary and preventive care.) “In no case were we able to find any subpopulations, or type of conditions, for which Medicaid caused a significant decrease in emergency department use,” Finkelstein said. “Although one always needs to be careful generalizing to other settings, these results suggest that other Medicaid expansions are unlikely to decrease emergency room use.”

Looking ahead, then, the Affordable Care Act and its expansion of Medicaid eligibility should have a definite and certain impact on spending. “These findings speak to one cost of expanding Medicaid, as well as its net effect on the efficiency of care delivered, and may thus be a useful input for informed decision-making balancing the costs and benefits of expanding Medicaid,” the authors wrote. 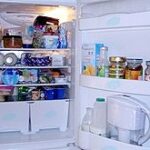 Do Physician Rating Sites Make the Grade? Find a Doctor on Angie’s List
Next Article 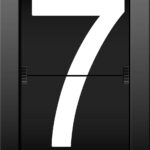