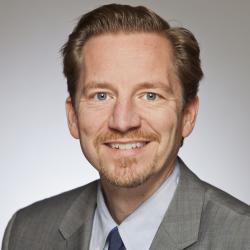 Yesterday … and all the website troubles have been blown away. Well, perhaps, and perhaps the long-awaited fix is insufficient to meet consumer demand. The Affordable Care Act (ACA), aka Obamacare, is a hot topic here at the annual meeting of the Radiological Society of North America in Chicago — that is for certain.

Yesterday … and all the website troubles have been blown away. Well, perhaps, and perhaps the long-awaited fix is insufficient to meet consumer demand. The Affordable Care Act (ACA), aka Obamacare, is a hot topic here at the annual meeting of the Radiological Society of North America in Chicago — that is for certain. I sat down with Dave Fisher, vice president of Siemens’ health policy division in North America, to get his take on the controversial health care law.

“The first issue is coverage,” Fisher said. “Obviously the law was designed to expand coverage. We’re tracking closely how the expansion is proceeding. If projections for enrollment are lower than expected it could have an effect on costs, longer-term. We also have the issue of reimbursement changes. There are specific ones that are cuts to imaging and diagnostics that our customers are enduring. We have the [medical] device tax, which is a major new cost to our company.  We have purposely not passed on the cost of the tax to our customers.”

Hermann Requardt, the blunt-spoken CEO of Siemens Healthcare, said of the tax: “We’re not going to court, but we don’t like it. It hurts us.” Fisher said the firm was lobbying both independently and with their industry association on the tax. “There has been broad bipartisan support for repeal. We’re hopeful that the momentum for repeal is maintained,” he said.

So, Fisher said, the device tax and the reimbursement cuts are negatives in the new law for Siemens and its cohort. “We also have the potential for a change in the market due to a larger number of people having health insurance in the U.S. The one place we have some data is Massachusetts (i.e., “Romneycare”) and in that case the sales of equipment fell further in Massachusetts than they did in the rest of the country and have risen slower since then. Of course, the recession was part of it but it appears the tax was a negative for sales.”

Fisher wasn’t ready to declare the ACA a targeted hit for vendors. “We’re skeptical of a larger market for capital equipment,” he said with a smile.

Another part of the act is payment reform. “The law includes a number of nudges towards payment based on value versus payment based on volume,” Fisher said. “The expressed purpose of doing that is to reduce the number of procedures in the health care system and how that impacts imaging and diagnostic lab tests is not yet clear, but we are again concerned that it will have a negative impact.”

So … yesterday … looks a lot better to Siemens. 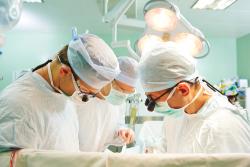 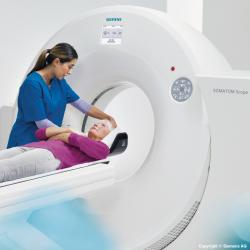