Value-based Care and telemedicine are key components in the health care industry as a way to generate additional revenue, cut costs and enhance patient satisfaction. One of the biggest changes to health care in the last decade, telemedicine is experiencing rapid growth and deployment across a variety of applications.

The quick market adoption of telemedicine is fueled by powerful economic, social, and political forces — most notably, the growing consumer demand for more affordable and accessible care. These forces are pushing health care providers to grow and adapt their business models to the new health care marketplace.

It is expected that the global telemedicine market will expand at a compound annual growth rate of 14.3 percent through 2020, eventually reaching $36.2 billion, as compared to $14.3 billion in 2014. And while the growing demand for convenience, innovation, and a personalized health care experience may be the greatest factor, other forces are at work as well.

These five trends will drive telemedicine’s continued growth and transformation of health care delivery in 2016:

Both private and government payers will continue to expand telemedicine coverage as consumers gain experience with the technology and increasingly demand access to telemedicine-based services. Some health plans have already begun bolstering their coverage of telemedicine, which they view as a form of value-based care that can improve the patient experience and offer substantial cost savings. On the government side, 2016 will particularly see more coverage among Medicaid managed care organizations and Medicare Advantage plans.

While Foley’s 2014 telemedicine survey revealed that reimbursement was the primary obstacle to telemedicine implementation, new laws requiring coverage of telemedicine-based services have been implemented at the state level, and 2016 will be the year these laws drive implementation in those states. Similarly, providers are becoming increasingly receptive to exploring payment models beyond fee-for-service reimbursement, and 2016 will continue the growth of these arrangements. Examples include institution-to-institution contracts and greater willingness by patients to pay out-of-pocket for these convenient, valuable services.

In 2016, more U.S. hospitals and health care providers will forge ties with overseas medical institutions, spreading U.S. health care expertise abroad. These cross-border partnerships will provide access to more patients, create additional revenue and help bolster international brands.According to the American Telemedicine Association, more than 200 academic medical centers in the U.S. already offer video-based consulting in other parts of the world. While many of these are pilot programs, 2016 will see a maturation and commercialization of much of these international arrangements, as they are a win-win for participants in both countries.

The growing purchasing power of middle-class populations in countries like China is giving more patients the means and opportunity to pursue treatment from Western medical centers. We have seen both for-profit and non-profit models for international telemedicine — hospitals partnering with organizations in the developing world to expand health care availability or offering commercial care to customers in nations with areas of concentrated wealth but lacking the capabilities and access of Western health care.

3. Continued Momentum at the State Level

State governments across the U.S. are leading the way in telemedicine expansion. According to a study by the Center for Connected Health Policy, during the 2015 legislative session, more than 200 pieces of telemedicine-related legislation were introduced in 42 states. Currently, 29 states and the District of Columbia have enacted laws requiring that health plans cover telemedicine services. In 2016, we will see more bills supporting health insurance coverage for telemedicine-based services introduced in various state legislatures.

While state lawmakers are leading the way in incorporating telemedicine into the health care system, two recent developments point to a burgeoning interest at the federal level. The Centers for Medicare and Medicaid Services (CMS) is considering expansion of Medicare coverage for telemedicine, and a bill working its way through the U.S. House of Representatives would pay physicians for delivering telemedicine services to Medicare beneficiaries in any location.

4. Retail Clinics and Employer Onsite Health Centers on the Rise

Additionally, consumers are increasingly willing to visit retail medical clinics and pay out-of-pocket for the convenience and multiple benefits of telemedicine services when telemedicine is not covered by their insurance plans. Both CVS Health and Walgreens have publicly announced plans to incorporate telemedicine-based service components in their brick and mortar locations.

2016 will be the year of telemedicine and ACOs. Since the advent of Medicare Accountable Care Organizations (ACOs), the number of Medicare beneficiaries served has consistently grown from year to year, and early indications suggest the number of beneficiaries served by ACOs is likely to continue to increase in 2016. These organizations present an ideal avenue for the growth of telemedicine.

While CMS offers heavy cost-reduction incentives in the form of shared-saving payments, only 27 percent of ACOs achieved enough savings to qualify for those incentives last year. Meanwhile, only 20 percent of ACOs use telemedicine services, according to a recent study. We believe the widespread need to hit the incentive payment metrics, coupled with the low adoption rate will lead to significantly greater telemedicine use among ACOs in 2016.

Phil C. Solomon is the publisher of Revenue Cycle News, a healthcare business information blog and serves as the Vice President of Global Services for MiraMed, a healthcare revenue cycle outsourcing company.  As an executive leader, he is responsible for creating and executing sales and marketing strategies which drive new business development and client engagement. Phil has over 25 years’ experience consulting on a broad range of healthcare initiatives for clinical and revenue cycle performance improvement.  He has worked with industry’s largest health systems developing executable strategies for revenue enhancement, expense reduction, and clinical transformation. He can be reached at philcsolomon@gmail.com 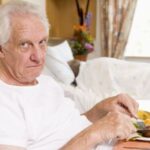