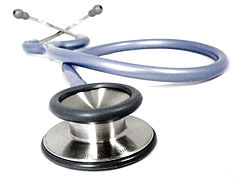 Experts, most recently former CMS administrator Don Berwick, tell us that no less than 20% – 30% of medical care is “waste.” At the very least, “waste” is harmful to all those who pay for Medicare. But often it’s directly harmful to the patient as well.

Experts, most recently former CMS administrator Don Berwick, tell us that no less than 20% – 30% of medical care is “waste.” At the very least, “waste” is harmful to all those who pay for Medicare. But often it’s directly harmful to the patient as well.

I recently saw a friend at a party. Since we’d last seen each other my friend’s spouse had died. (I’m deliberately avoiding gendered pronouns and omitting other identifying details.) My friend contrasted the excellent hospice care the spouse received with problem-ridden hospital care. Here are two examples of “waste” that were thwarted only by my friend’s vigilance.

My friend’s spouse (“the patient”) was declining rapidly, and was admitted to the hospital. While my friend was attending to some bureaucratic aspects of the admission, the hospitalist ordered a CT and insertion of a “picc line” (“picc” = “peripherally inserted central catheter”).

On returning to the patient’s bedside my friend pointed out that an identical CT scan had been done four days earlier.

The hospitalist responded – “I don’t have it.” thousand dollars, let’s get it.”

With regard to insertion of the catheter, my friend asked: “what aspect of the plan does it serve?” The answer was – it was an automatic part of a protocol, not tailored to the wishes of the patient and family. When their goals were clarified, the picc line idea was dropped.

I know from my own practice experience that getting test results and records can be difficult. But repeating an identical test four days after it had been done elsewhere is a very expensive workaround that would have imposed avoidable distress on the patient. And although threading a catheter to place near the heart is a fairly routine hospital procedure, it carries risks (such as infection) and burdens (being hooked up to tubing). The hospital protocol should have required clarity about treatment goals before a non-emergency intervention was set into motion.

What struck me about these examples of overtreatment is how mundane they were. The hospitalist meant well. It was important for him to have the information the CT scan would provide, but repeating it wasn’t the right way to get it. And having routines can promote patient safety – but only when the routine is tailored to the true situation. In a non-emergency, getting clarity about the treatment goals of patient and family should be part of what we physicians routinely expect of ourselves.

My friend improved the spouse’s care and, at the same time, reduced costs. The public won’t be ready to consider reduced Medicare benefits or rationing until this kind of lose/lose waste is eliminated from the health system! 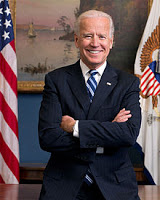 Medical Overdiagnosis and Overtreatment – Do Physicians