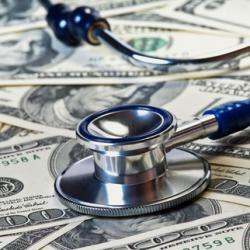 What Will You Pay for Insurance Under ObamaCare? Since it was first debated, one of the major criticisms of ObamaCare was that it was going to make the cost of health insurance skyrocket. And, in turn, many critics of the law who happen to own their own businesses, expressed concern that they would be forced to pass on these higher costs to their consumers.

Since it was first debated, one of the major criticisms of ObamaCare was that it was going to make the cost of health insurance skyrocket. And, in turn, many critics of the law who happen to own their own businesses, expressed concern that they would be forced to pass on these higher costs to their consumers. We were told that Papa John’s large pizzas would cost an additional 14 cents because of higher insurance premiums. Consequently, Papa John’s and Applebees—whose CEO is also an outspoken critic of ObamaCare—have seen the public’s opinion of them drop dramatically. Of course, the White House released numbers to dispute the notion that employers would be hiring fewer full-time employees to avoid paying for their health insurance. But the best news of all is that we can stop speculating about what will happen to insurance premiums under ObamaCare, and start looking at actual data.

This is precisely what the non-partisan Kaiser Family Foundation did in a recently released report on 2014 health insurance premiums in 17 states and the District of Columbia. What they found is that health insurance premiums aren’t that high. In fact, they are lower than the Congressional Budget Office projected that they would be. Of course, that doesn’t mean that rates won’t have increased from the year before, as Avik Roy points out in arguing things from the consumer perspective. But Roy also oversimplifies things, because he fails to take into account the net cost to the consumer in light of the fact that many–if not most–Americans, will receive federal subsidies to help them purchase coverage. On this point, Wonkblog’s Sarah Kliff does a terrific job of walking through different scenarios, based on an individual’s age, income level, and choice of insurance plan, to calculate actual monthly premiums in 2014 after the subsidies are taken into account. The news is generally quite good: A 40-year old woman in Seattle earning $28,725 a year will receive a $90 monthly subsidy, which means she can get a silver plan for $193 a month or a bronze plan for $123 a month. As insurance goes, that’s awfully inexpensive. And, Kliff points out, if the same individual was 60-years old, she’d effectively get an even bigger subsidy, worth $408 a month, so that she can get a silver plan for the same $193 a month, but would be able to get a bronze plan for just $44 per month. Folks, that’s $528 a year for health insurance with a 60% actuarial value.

These rates are low, and by October 1, we should have actual premium pricing for all 50 states, so more analyses like these can be done, and we can start outreach and enrollment efforts to educate people about their options and what various insurance products available in their state will cost them. What we won’t exactly know–a point Kliff makes in her own piece–is what people are willing to pay or what they consider “affordable” as the Affordable Care Act has implied care will be. This is more subjective, because it depends on how people prioritize their health, and thus their demand for health insurance, and how they budget the rest of their income. Overall, though, the early news seems positive, and suggests that for many people, affordable health insurance–and the health care it buys–is just a few months away.