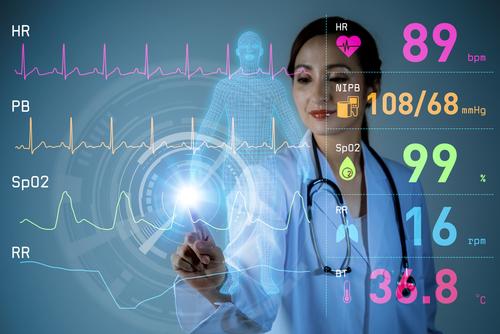 SHARE
Contents
1. Consumer-Level Medical Devices Will Proliferate Like Never Before2. Regulatory Standards Will Remain Inconsistent but Grow Gradually Stricter3. AI Might Become Indispensable (If “Killer Apps” Can Be Found)4. Robotic Surgery Will Come of Age5. Blockchain Will Keep Looking for Its PurposeFinal Thoughts

The healthcare industry can expect to see major changes in the coming year ? and many of them will be technology-driven. Medical devices and technologies, or “medtech,” are becoming more sophisticated and more useful than many of us expected. You’ll undoubtedly recognize some of the technologies below, and several of them will be ready for prime-time in 2019. The others might take a little more time, but that doesn’t mean they’re not worth getting excited about. Here are five trends we can expect for medtech in 2019.

The Series 4 Apple Watch can take an electrocardiogram (ECG) for its wearer, a feature that has reportedly helped some patients discover heart conditions they were previously unaware of. The device didn’t receive FDA approval until a few days before its public unveiling. In early 2019, health-focused wearables maker Withings announced its own electrocardiogram-equipped fitness watch even before the FDA had rendered its approval.

This tells us two things about consumer-level medtech devices in 2019: We’re about to see a market explosion of similar devices, and we’ll be able to thank the FDA’s approval process for medical devices. Among other changes, revisions to existing products will see their time to market significantly reduced.

The FDA changes described above will hopefully find a balance between appeasing device makers eager to reach the market and practicing safety-minded due diligence. We can probably expect additional changes in the coming years as various interest groups ? both those representing device manufacturers as well as those speaking up for consumer protections ? engage in lobbying to bring about their desired changes.

One change made a few years ago to U.S. law revised the ISO 13485 standard to encourage longer-term risk mitigation for device manufacturers. In other words, regulators wanted companies to think about the entire lifecycle of the product. In the EU, a similar regulatory push introduced the European Union Medical Device Regulation (EU MDR), which, among many other things, raised the stakes for safety compliance and addressed the need for “post-market” accountability in terms of how medical devices are holding up and performing in the real world, under real conditions.

3. AI Might Become Indispensable (If “Killer Apps” Can Be Found)

Artificial intelligence is being explored as a very viable and extremely promising addition to the medical landscape. Among other things, AI-powered algorithms can help:

However, the trouble with AI in 2019 will be threefold:

The “black box problem” is really a communication problem. To state it plainly, patients and medical directors alike want to understand how artificial intelligence works and how it can improve our lives. It’s not enough that the term “AI” appears in a software vendor’s branding. We want to be able to take the lid off this box if we’re going to and better understand how these algorithms work, what variables they measure and how they formulate some of the medical decisions they may be making for us someday soon.

As for “killer apps,” think of this as the shiny new platformer or shooter that headlines the ads for a new videogame console. It’s the “must-have” experience that makes the upgrade and the expense worth it. After IBM touted Watson’s ability to prescribe cancer treatments, the reality fell far short of their promises. All of these factors together mean AI will gain ground and word-of-mouth traction in 2019, but probably not widespread buy-in until we better understand the AI we already have and find novel, groundbreaking ways to leverage it in the near future.

4. Robotic Surgery Will Come of Age

This might sound like a bold prediction, but all of the pieces are already there. On the investment side of things, it’s fairly obvious the technology required for successful robotic surgeries has advanced to the point where investors seem comfortable turning the early pioneers into household names. Johnson & Johnson and Alphabet (Google) are moving a lot of money around in this sector, and it’s giving rise to the first generation in robotic surgery companies that will become household names.

Medtronic, NuVasive, Intuitive Surgery and others are all jockeying for market share and buying up their smaller competitors in efforts to corner this emerging market. Between 2017 and 2024, economic researchers say robotic surgery could grow from a $56 billion industry into a $98 billion one. The demand is there, the technology is there and the investment is there. In 2017, current market leader Intuitive Surgery had a market cap of $48.3 billion.

5. Blockchain Will Keep Looking for Its Purpose

The technology powering blockchain holds a lot of potential, and a roundup or medtech predictions for 2019 isn’t complete without at least a brief shout-out.

Most of the blockchain applications in medtech being discussed today concern traceability requirements. Just like when it’s applied to the concept of currency, blockchain can bring higher levels of trust and authenticity to healthcare. This is good timing, too, because traceability and other regulatory requirements for medical devices are getting stricter nearly everywhere.

We are almost certainly not going to see a major rollout of blockchain-based medtech applications in 2019, but that doesn’t mean this calendar year won’t see many heads coming together to discuss the possibilities. The Synaptic Health Alliance was formed for this very purpose, with major companies like Humana and Quest comparing notes on how to use blockchain to make our healthcare system safer and more transparent for all.

It probably makes the most sense to think about 2019 as a year of transition for medtech. As we’ve seen, some technologies here are ready for prime-time and are already changing lives, while others just need a little more time and cash flow.

By Nathan Sykes
Follow:
Nathan Sykes is the editor of Finding an Outlet and a contributor to sites such as KDNuggets, Simples Programmer, and Information Management.
Previous Article 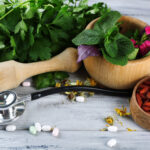 Holistic Medicine vs. Western Medicine: What You Should Know In 2019
Next Article 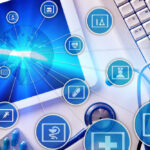