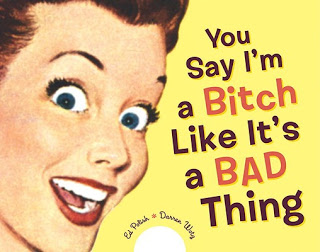 The Advantages of Being A Skeptic B****

Have you ever:
·      Deferred to your accountants when they recommended excluding a deduction from your taxes… only to find out later that it was completely legitimate?
·      Trusted your tailor’s judgment when he pinned the hem on a brand new pair of pants… then ended up with slacks too short to wear with your favorite shoes?
·      Followed the commands of the automated voice on your GPS device (even when you knew intuitively knew to take another route)… then ended up at the wrong location?
According to the World Values Survey, the US is high on the scale of traditional values.  Interpretation: In comparison to other countries, we emphasize religiosity, national pride, marriage, and parent-child ties. We also emphasize absolute standards and obedience.
Bottom line: We defer to authority—regardless of whether the authority figure is real or perceived; ordained or self-proclaimed; professional, technical or virtual.
Maybe this begins to explain those instances when we feel inept and take actions that are against our better judgment even when we have facts, knowledge, intuition or experience that would could lead us, or at least contribute to, a better outcome.
The risk? Blindly following the advice of accountants, tailors, or GPS units can cost you time and/or money. Blindly following the recommendations of a physician can cost you your life.
This is the underlying warning I’ve tried to convey in the 500 Fox segments I’ve done over the last five years. The key message is “Speak Up” as I stress the responsibility of viewers to do their own research, ask questions, consider all their alternatives, demand (not request) specialty referrals, get second opinions—and yes, question the doctor.  I find myself reassuring viewers chatting with me on line that speaking up is not disrespectful or bitchy. It’s each person’s responsibility.
The importance of this advice crystallized when I interviewed Ana Gregg.
Click here to watch the clip.
Or, if you don’t have 4-1/2 minutes…here are the Cliff Notes:
Ana is 36 years old, mother of 2 young boys.  In November 2010, she had classic symptoms of a heart attack: left crushing chest pain radiating down her arm with nausea and vomiting. Ana took herself to an urgent care center where her EKG showed clear evidence of an acute MI.  An ambulance was called to take her to the Emergency Room of a local hospital.
Ana EKG in the ER was still abnormal, and she was admitted for observation.  But, the ER doc and the hospitalist were both convinced she simply had gastroesophageal reflux. A cardiologist who saw Ana before she was discharged seemed to merely reinforced the other doctors’ assessment. Ana was sent home with reassurance and reflux medication.
Ana was so relieved to be told her heart was normal that she ignored her intuition that something else was wrong. She’d never had reflux in the past, and, “besides, how can I know more than a doctor who has been to medical school for 8 years and had all that training?”
Nine months later, on August 5, 2011, Ana had another episode of crushing left chest pain. “It’s just reflux,” she thought.  She would have ignored it, but she happened to be across the street from Regions Hospital, and since she was so close, she walked herself into the ER—nauseous, sweating, and pale.
Ana had an acute cardiac dissection (tearing of the arterial lining) with blockage of the left anterior descending artery; the right coronary artery was also blocked–with evidence of an old heart injury, one that likely occurred nine months earlier. She had seven stents placed.

Eight months later, Ana feels healthy, is back to work and playing with her boys.  She looked radiant as she shared her story on air, but, afterward, her eyes welled with tears as she got contemplative as she rhetorically asked “What if I’d spoken up 9 months earlier? Would I have a better chances of seeing my boys grow up?”
Ana’s clinical condition is relatively rare—spontaneous coronary artery dissection occurs in 0.2% of the population. Unfortunately, her health experience is all too common. Even in our own family of two physicians, we have hesitated to question the experts and then dealt with the consequences of a misdiagnosed fracture, an ectopic pregnancy, a pre-malignant mole, and a severe drug reaction.
Paternalistic, traditional values are woven into the fabric of the American public. We faithfully trust our parents, our pastors, or professors, our politicians, our plumbers, and our physicians. But, they are not our destiny.
As Ronald Reagan said, “trust, but verify.”
Take responsibility. Speak up. Advocate for yourself.  No one cares as much as you do about your health, your pants, or your taxes.
Create Health,
Archelle