Age-Related Memory Loss, or “Where Are My Car Keys”?

No, I am not talking about Alzheimer’s. I am talking about you, if you are middle age  or older, and you forget where you left your car keys with increasing frequency. Decline in memory with advancing age is annoying, sometimes alarming (“am I losing my mind”?); relax, it’s perfectly normal.

Why does it happen?

No, I am not talking about Alzheimer’s. I am talking about you, if you are middle age  or older, and you forget where you left your car keys with increasing frequency. Decline in memory with advancing age is annoying, sometimes alarming (“am I losing my mind”?); relax, it’s perfectly normal.

Why does it happen?

The answer to such a simple question is only now becoming understood. Scientists’ forays into the brain have yielded a rich understanding how it works, and studies on memory in particular are shedding light on the dark corners of cognition.

There are two types of memory: long-term memory and short-term memory, which is also called working memory.

Long-term memory is etched into our brain through neuronal circuits that are formed by protein bridges. Formation of these bridges requires repetition. For example, if you crammed for a test the night before and never reviewed again, you may remember the stuff until the test, but the information will be consigned to oblivion; this is the nature of short-term memory. But repeating the information again and again will result in the formation thicker and thicker protein bridges. Remember how painful it was to memorize the multiplication table for the first time? I trust you don’t have a problem with it anymore, because you repeated it thousands of times by now. Indeed, aging adults don’t have much problem with long-term memory. The problem we have is remembering where we left the car keys. I probably spent a month’s worth of my life looking for my glasses, the car keys, and most embarrassingly, for my car in the parking garage. If you think that’s no big deal, just ask a certain presidential candidate who lost the race because of a nationally-televised “senior moment”.

Working memory is different. It is the temporary retention of information that was just experienced but no longer exists in the external environment (“what’s the phone number Siri gave me 10 minutes ago”?), or was just retrieved from long-term memory (“I left my car on the second level”). Working Memory is what enables us to keep several pieces of information active while we try to do something with them (up to 7 pieces, according to research psychologists). Working Memory is quite purposeful — we hold all these pieces of information together in order to solve a problem or carry out a task. And when we are done with the task, we allow the memory to fade; no point in burdening the brain with unnecessary information.

The prefrontal cortex (PFC) is central to the functioning of working memory. In fact, we know its anatomical location with great precision: it resides in the dorsolateral (upper side) PFC.

The prefrontal cortex is in the front of the frontal lobe

Even more specifically we know that spatial working memory performance relies on networks of pyramidal neurons that interconnect at dendritic spines; these are the tiny projections that protrude from the body and spines (axons) of the neuron.

The neurons don’t just sit there passively -they excite each other to keep information ‘in mind’, that is, generating persistent electrical activity. Recent data show that an intracellular molecule, cyclic adenosine monophosphate (cAMP) weakens the connectivity between the neurons whereas inhibiting cAMP signaling strengthens connectivity and cognitive ability.

Min Wang and colleagues from the neurobiology department at Yale investigated working memory in young, middle age, and old monkeys. They found that by lowering the levels of a brain cAMP in the monkeys with a drug known as guanfacine, the connections are strengthened, thereby reversing the memory loss.

Exciting? You haven’t heard the real stimulating part: guanfacine belongs to a group of drugs called alpha2A-adrenergic receptor agonists. The treatment of hypertension with these drugs is based on their effect of relaxing the smooth muscle cells that surround blood vessels, thereby reducing blood pressure and increasing blood flow. Some other drugs that belong to this group: Viagra, Cialis and Levitra. Hmm, can one drug treat both afflictions of aging? After all, Viagra was developed for the treatment of hypertension, but Pfizer quickly dropped this indication when most of the males participating in the clinical trial reported daily erections. Nobody at the time thought of checking their memory, but it’s never too late.

Research shows that there are natural ways to ward off memory loss. For example, luteolin-rich vegetables like celery and parsley, have been shown to slow cognitive decline in aging mice. But in general, a diet rich in fruits and vegetables and regular exercise have been shown to keep the brain working like a champ. 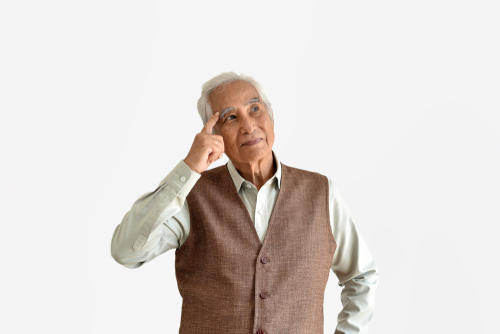 9 Habits You Can Cultivate To Reduce

Dementia terrifies many people for good reason. The idea of losing control of 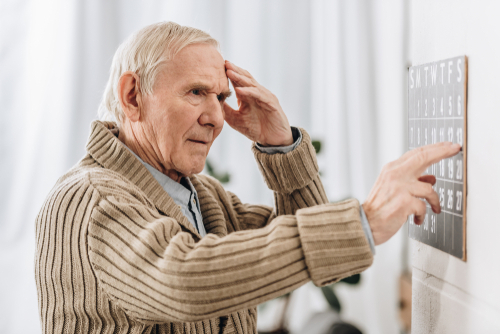 Whenever we hear about the word ?dementia,? it is easy enough to conclude