For centuries, health providers have focused on the prevention, diagnosis and treatment of disease. This time-honored paradigm has generated phenomenal advances in medicine, especially in the last 60 years. It has also created a bit of an image problem for providers.

For centuries, health providers have focused on the prevention, diagnosis and treatment of disease. This time-honored paradigm has generated phenomenal advances in medicine, especially in the last 60 years. It has also created a bit of an image problem for providers. That’s because the paradigm encourages consumers to perceive health care as a negative good; in economic terms, a bundle of products and services that we use because we must, not because we want to. Recent trends towards empowered consumers are a symptom of this problem more than a solution to it, as I described here.

Recently, the concept of Positive Health has emerged as a possible antidote for the malaise. Pioneered by University of Pennsylvania psychologist Martin Seligman, Positive Health encourages us to identify and promote people’s positive health assets—which Seligman describes as strengths that contribute to a healthier, more fulfilling life and yes improved life expectancy. According to Seligman, “people desire well-being in its own right and they desire it above and beyond the relief of their suffering.”

Proponents of Positive Health have proposed that social and functional factors are positive health assets. These include optimism, connectedness, a stable marriage and so forth. Scientists, often supported by the Robert Wood Johnson’s Pioneer Program, have begun studying these theories. Their results have been compelling to say the least. 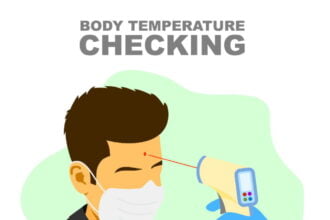 What Does Core Body Temperature Say About Health?

What You Need to Know About Heart Health

This post is the first of a series on Positive Health. In each post, I’ll review scientific studies of the matter, and as the series unfolds, I’ll  discuss the potential impact of Positive Health on the traditional paradigm of medicine.

Heart Health Linked to Satisfaction with Life
Most people know that negative psychological states like stress, anxiety and depression are linked to poor health outcomes, including most especially a slew of adverse cardiac outcomes. Does it follow that a state of emotional and cognitive well-being can have a protective effect on cardiovascular health?

To answer this question, Harvard’s Julia Boehm and colleagues reviewed data from the Whitehall II study, which involved nearly 8,000 British civil servants. As part of that study, each participant had assessed his or her satisfaction with several dimensions of life experience including leisure activities, standard of living, job, health, family life, sex life, marital or love relationships and overall feelings about themselves as a person. Participants also provided yes/no answers regarding negative aspects of their lives including the presence of depression, anxiety and so forth.

The Whitehall II study also collected information regarding age, gender and traditional cardiovascular risk factors like cigarette smoking, diabetes and hypertension, and assessed the incidence of coronary heart disease using three measures, presence of angina, documented heart attacks, and deaths from coronary disease, during a 5-year follow-up period after the information had been collected.

These trends reached statistical significance in 4 of the 7 dimensions: satisfaction with job, family life, sex life and overall feelings about themselves, and they persisted after controlling for age, gender, health behaviors, blood pressure, and metabolic functioning.

What to Make of This?
The study provides strong, though narrowly focused support for Seligman’s theories about Positive Health. Being satisfied with specific life domains—especially the 4 mentioned above—is associated with lower risk of coronary heart disease, even after accounting for traditional cardiovascular risk factors. If these findings can be validated, scientists should follow-up with studies to determine whether interventions designed to enhance life satisfaction could reduce cardiovascular risk.

Of note, the beneficial effects in this study were localized to angina, one of 3 outcome measures examined by Boehm’s group. There was no association between life satisfaction and the so-called ‘hard’ cardiovascular outcomes like heart attacks and cardiovascular deaths.  Reporting bias could explain these findings: people that have favorable feelings about their lives might be more likely to report favorably about their health or have a higher tolerance for pain.

On the other hand, subjects in the Whitehall II study were relatively young (mean age = 50). In the natural history of coronary artery disease, angina frequently becomes manifest before heart attacks and death from cardiovascular course. Participants in the study were followed for a fairly short time, only 5 years. It’s possible that longer follow-up would have revealed higher incidence of ‘hard’ cardiovascular outcomes.

It’s also possible that–since nearly all patients who sustain heart attacks have coronary artery disease, but only some with atherosclerosis sustain a heart attack—life satisfaction might be associated with increased risk of atherosclerosis but not with the specific factors that predispose to thrombotic events, plaque rupture and other antecedent events to heart attacks.

Further studies are required to sort through these alternative explanations. 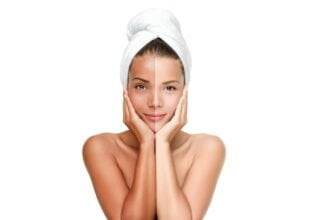 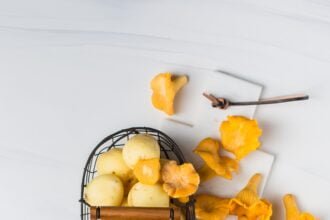 Things You Should Know Before Buying Golden Teacher Mushrooms Spores