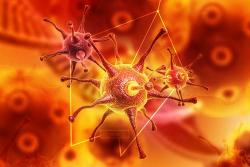 Over 60 epidemic strains of HIV-1 exist in the world, so when researchers discovered a new one in West Africa, the only alarm bell that sounded was the fact that this new strain progresses very rapidly. This new bug can progress from infection to the development of AIDS in just about five years.

Over 60 epidemic strains of HIV-1 exist in the world, so when researchers discovered a new one in West Africa, the only alarm bell that sounded was the fact that this new strain progresses very rapidly. This new bug can progress from infection to the development of AIDS in just about five years. “Individuals infected with [the new strain] have among the fastest progression rates to AIDS reported to date,” wrote the authors in their study.

The new strain is known as a recombinant form of the virus; geographic regions are often dominated by only one or two epidemic strains of HIV, and sometimes a person may become infected with two different strains, usually because they have traveled to or met someone from another region. In such cases, two strains of the virus may meld and form a “recombinant.” The recombinant discovered by the Swedish researchers, during long-term follow-up of HIV-infected individuals in Guinea-Bissau, is called A3/02 and is a cross between the most common strains, 02AG and A3, found in that region of West Africa. So far, the new strain has only been identified in West Africa.

“Recombinants seem to be more vigorous and more aggressive than the strains from which they developed,” Angelica Palm, a doctoral student at Lund University, explained in a press release. In this case, the rate of progression, developing from infection to AIDS, is up to two-and-a-half years faster than either of the parent strains.

Global spread of different recombinants is increasing, studies suggest, particularly in countries and regions with high levels of immigration. “HIV is an extremely dynamic and variable virus,” Patrik Medstrand, professor of Clinical Virology at Lund University, explained. “New subtypes and recombinant forms of HIV-1 have been introduced to our part of the world, and it is highly likely that there are a large number of circulating recombinants of which we know little or nothing. We therefore need to be aware of how the HIV-1 epidemic changes over time.”

The trend in areas of high population flows is toward a mixed and complex HIV flora, a marked change from the earliest days of the epidemic, when only a small number of non-recombinant variants of the virus were most prevalent. Of the two major types of the virus, HIV-1 and HIV-2 are similar in the way they are transmitted, but HIV-1 is the cause of the worldwide pandemic while HIV-2 is found in West Africa but rarely elsewhere. The period between infection and the development of AIDS is longer in the case of HIV-2. Scientists subdivide these types into four groups and then further divide them into the numerous strains. In future research, Angelica Palm and her colleagues hope to continue researching the presence of recombinant viruses among HIV carriers in Europe and the characteristics of such strains. 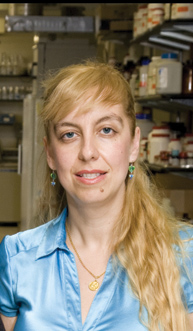