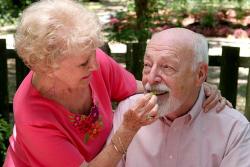 SHARE
In patients with Alzheimer’s disease, previous research has observed lower than normal concentrations of docosahexaenoic acid (DHA), an omega-3 fatty acid, in the brain. In research published in the Journal of Internal Medicine, a team of Swedish scientists prove omega-3 fatty acids can cross the blood brain barrier, where they affect a well-known biomarker for Alzheimer’s disease as well as an indicator of inflammation.
“In animals, DHA dietary supplements can lead to an increase in DHA concentrations in the [central nervous system]. Here we show that the same applies to humans, which suggests that omega-3 fatty acids in dietary supplements cross the blood-brain barrier,” Professor Jan Palmblad stated in a press release. “However, much work remains to be done before we know how these fatty acids can be used in the treatment of Alzheimer’s disease to halt memory loss.”

Omega-3 fatty acids are essential nutrients for many bodily functions, including control of blood clotting and building cell membranes in the brain. During gestation, omega-3 and other essential polyunsaturated fatty acids accumulate in the central nervous system. Scientists assume that these acids are continually replaced throughout our lives, but little is known about how this occurs since our bodies do not make omega-3 fats. Because we do obtain these fats through food, scientists speculate that important fatty acids routinely cross the blood-brain barrier, which serves to protect the brain from harmful chemicals, including those that naturally in the blood yet also other ingested substances. In the current study, conducted at the Karolinska Institutet in Stockholm, researchers worked with Alzheimer’s patients who were participants in a study in which they received DHA or a placebo daily for half a year. Additionally, 33 of these patients were divided into two groups with one receiving an omega-3 supplement and the other receiving only a placebo. The researchers wanted to see whether omega-3 dietary supplements might change the fatty acid profile of the central nervous system in patients with mild Alzheimer’s disease. At the end of the study period, the researchers discovered that those in the omega-3 supplement group displayed significant increases in eicosapentaenoic acid (commonly known as EPA, another omega-3 fatty acid), DHA, and total omega-3 fatty acid levels in both the cerebrospinal fluid (which surrounds the central nervous system) and blood, whereas the placebo group showed no changes. In contrast to DHA, changes in levels of EPA and docosapentaenoic acid (sometimes called DPA, another omega-3 fatty acid) in cerebrospinal fluid and blood were strongly correlated. The scientists also observed that increasing DHA levels in cerebrospinal fluid was related to lower levels of total and phosphorylated tau in the cerebrospinal fluid — a biomarker of Alzheimer’s disease. Plus, higher levers of DHA were also associated with higher levels of soluble interleukin-1 receptor type II, which is a biomarker for inflammation. In other words, the more DHA was seen to increase in the cerebrospinal fluid, the greater its effect on both Alzheimer’s disease and inflammation. Because oral supplements conferred changes in the omega-3 fatty acid profile in the cerebrospinal fluid of participants, the researchers concluded that this would suggest transfer of these fatty acids across the blood brain barrier in adults. “Earlier population studies indicate that omega-3 can protect against Alzheimer’s disease, which makes it interesting to study the effects of dietary supplements containing this group of fatty acids in patients who have already developed the disease,” the study’s lead author Dr. Yvonnne Freund-Levi said.   Source: Freund-Levi Y, Palmblad J, Vedin I, et al. Transfer of omega-3 fatty acids across the blood–brain barrier after dietary supplementation with a docosahexaenoic acid (DHA)-rich omega-3 fatty acid preparation in patients with Alzheimer’s disease: the OmegAD study. Journal of Internal Medicine. 2013. (shutterstock) 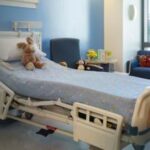