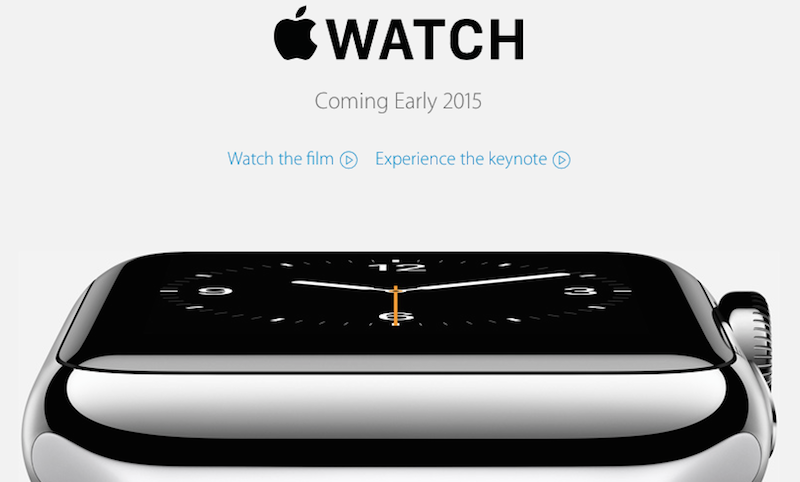 Apple Watch: Not a Digital Health Breakthrough – Yet As a surprise to no one, Apple announced a smartwatch at the company’s event yesterday in San Francisco. Apple has been under mild pressure to introduce such a device to keep pace with competitors and to demonstrate that new CEO Tim Cook is an able successor to the product development genius, Steve Jobs.

As a surprise to no one, Apple announced a smartwatch at the company’s event yesterday in San Francisco. Apple has been under mild pressure to introduce such a device to keep pace with competitors and to demonstrate that new CEO Tim Cook is an able successor to the product development genius, Steve Jobs.

Though the announcement of the device was expected, the features of the watch had been the subject of much speculation, greatly centered around health and wellness. Rumors were bolstered by Apple’s recent hiring of a number of senior executives from the medical device industry and the announcement of partnerships with Mayo Clinic and Epic. Many were hoping that the Apple juggernaut would provide the push needed to drive adoption of digital health into the mainstream consumer market.

Unfortunately, in terms of its health features, the first generation of the Apple Watch appears to be more of an extension of the current batch of fitness wearables – albeit with an impressive suite of non-fitness features – than a consumer-health game changer. The device when paired with the user’s iPhone will track runs using GPS, elevation via the iPhone 6/6+ barometer, and other activity measured with the gyroscope. The watch will have optical sensors that will measure heart rate though it is not known if measurement will be available during exercise, a feature that would be a significant improvement over current devices that require a chest strap.

Though the watch’s feature set may represent a real threat to dedicated fitness trackers (e.g., Fitbit), it falls short of the expectations of many industry observers, some of whom were anticipating a variety of integrated health/medical sensors. By comparison, the Basis wrist-worn fitness tracker that has been available since 2012 includes four sensors: optical heart rate, galvanic skin response, temperature and accelerometer.

The good news is that if past performance is an indicator of future success, Apple will likely incorporate substantial – maybe radical – improvements in future versions of the watch, many of which certainly will pertain to health given the company’s commitment to do more in that area. Strong sales of this first version will stimulate investment and activity by third-party developers, further enhancing consumer appeal. Of course, a next version will only come about if consumers react to the watch as they did to the iPad and not as they did to Apple TV, an outcome that is far from certain given the mixed early reaction to yesterday’s Watch unveiling.

The advance billing for the Apple watch was typically Apple-superlative. Fueled by the enthusiasm