What exactly is an accountable care organization? Interestingly, the term is as much a catch-all for reform as it is a strict rubric for quantifying certain efforts of reform. The potency of ACOs lie mostly in the controversy that surrounds their implementation with many organizations fearing bureaucratic power grabs at the hands of a mighty few. Hopefully Don Berwick will be able to shed some light on their necessary function with respect to reform.

ACOs are the subject of great debate, and many in the health policy world are eagerly following Centers for Medicare & Medicaid Services Administrator Don Berwick’s every move, waiting for the moment he’ll announce the rules defining what an ACO actually is. … Berwick said in a speech Tuesday that the pending rules on ACOs will be out very soon, and he said that all the agencies — HHS, CMS, the Department of Justice and the Federal Trade Commission — are working hard to coordinate […]

The CMS chief probably knows that his comments on the subject will not quell the issues surrounding ACOs, but will only add to the overall debate surrounding them. Although ACOs do have a place in reform, what many organizations chose to do with his guidelines only mean better efforts at reform in a general sense. Foundations for change have to occur and start somewhere. Berwick’s definition and classification of this reform tool is as good a place as any. | LINK

Is Collagen Therapy a Worthwhile Treatment for Aging Adults? 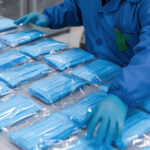 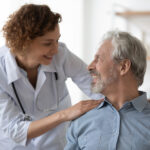 CEO’s Sleep: How Many Hours do Entrepreneurs Sleep?