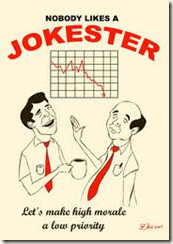 The Washington Post recognized that there is trouble in Paradise. CMS (the center for Medicare and Medicaid Services) or what used to be known as Medicare has a big problem (other than funding).

President Obama is fighting to save his signature health-care reform law in the Supreme Court and on the campaign trail, where Republican candidates are promising to kill the Affordable Care Act. Yet even if the president prevails, he’s got a big problem: The agency that must implement the law has a revolving door at the top.

Never heard of the CMS? It’s the agency charged with making the Affordable Care Act, known as “Obamacare” to critics, work by drafting regulations and providing oversight. With a budget of $820 billion, the CMS is one of the largest purchasers of health care in the world, paying for services for one in three Americans and interacting daily with thousands of hospitals, doctors and other providers.

But for years, Congress has undermined the agency’s authority and, on the eve of historic change, has left it without a permanent leader. (Office of the Secretary)

While everyone complains about the size of ‘big government’ CMS is probably the most efficient administration in the federal system.

In an interview, Berwick, a physician and expert on health-care quality, said he was “impressed and gratified” by the way his staff rallied around his call to implement Obama’s sprawling initiative. The administration’s two-year-old law brings the agency significant new responsibilities: helping oversee insurance exchanges in 50 states, finding ways to deliver care more efficiently, and guiding changes to and expansions of the agency’s core programs.

In fact, Congress has been putting more on the agency’s plate for years. The CMS has had to oversee a 2003 prescription drug benefit for seniors, ensure patient privacy, help weed out waste and fraud, and develop a system for grading hospitals and nursing homes. Meanwhile, it has been criticized for focusing more on getting checks to hospitals and doctors than on ensuring quality or finding ways to trim health spending.

In 1999, a group of former administrators and health policy experts wrote an open letter to Congress decrying the “mismatch” between the CMS’s resources and its “mammoth assignment.” The number of Medicare and Medicaid beneficiaries has soared since the programs started in 1966, with tens of millions of baby boomers expected to swell the rolls in coming years. Yet the agency has the same number of employees it had during the Carter administration — about 4,900. By comparison, the Social Security Administration, with a smaller budget, has 62,000 workers.

Gail Wilensky, who ran the agency for two years under President George H.W. Bush, said the CMS has become a much more sophisticated operation. “It’s not just a check-writing agency anymore,” she said. But the turnover at the top sends the wrong message to employees, who she said respond by being “more inward and protective.”

“What happens, I think, when you have a lot of turnover is senior staff loses its confidence and is less willing to take risks,” Berwick said, adding that the churn in administrators “demoralizes and confuses” staff members. As for the GOP: “It’s a game to them,” he said.