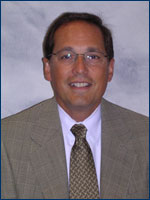 Sinai Hospital’s Institute for Maternal-Fetal Medicine was recently awarded accreditation in fetal echocardiography from the Ultrasound Practice Council of the American Institute of Ultrasound in Medicine (AIUM). This important and highly specialized prenatal imaging test has the potential to be lifesaving.

Sinai Hospital’s Institute for Maternal-Fetal Medicine was recently awarded accreditation in fetal echocardiography from the Ultrasound Practice Council of the American Institute of Ultrasound in Medicine (AIUM). This important and highly specialized prenatal imaging test has the potential to be lifesaving. “Fetal echocardiography allows us to diagnose fetal heart defects as early as possible – while a woman is still pregnant – and determine what diagnostic measures can be performed during the pregnancy to further advise the parents,” says Pedro Arrabal, M.D., one of Sinai’s high-risk pregnancy specialists and director of the Institute for Maternal-Fetal Medicine. “In addition, prenatal diagnosis will indicate which treatment measures need to be taken immediately after birth to prevent a newborn from getting sicker.”

Lauren Underwood, RN, a nurse in Sinai’s Labor & Delivery department, knows firsthand the difference that fetal echocardiography can make. She personally benefited from the technology during her second pregnancy.

“I think advance notice of any medical problem is always best,” says Lauren, noting that she was completely blindsided after giving birth to her firstborn.

That’s because he was born with a rare congenital heart defect called tetralogy of Fallot, which is a life-threatening defect inovolving the wall between the lower two heart chambers. However, he wasn’t diagnosed with the condition until a few days after birth. If he had cried hard enough, he could have had a dangerous Tet spell in which blood would have left his heart without oxygen. Not knowing this, Lauren and her husband had him circumcised; thankfully, their baby did not have a Tet spell during the circumcision. However, discovering that their son had a serious heart defect was devastating for them.

“When you have your first baby, it is supposed to be joyous, full of ‘congratulations’ and smiles and well wishes,” she says. “I can recall only one person that sent me a card saying congratulations. Unfortunately, once a problem was made known, all I heard was ‘I am so sorry,’ and ‘I am so shocked and hope you will be okay.’” Lauren believes that had they known ahead of time about the defect, her support system of family and friends would have been able to be reassured about the baby’s prognosis and share in the couple’s joy over his birth.

“Being able to learn and tackle the diagnosis prior to delivery would have been a huge advantage.” Lauren says she would have been prepared to know that surgeons could effectively treat the defect, and she could have planned her FMLA maternity leave differently, knowing that her son would need open heart surgery at six months of age.

Because having one child with a heart defect put the couple at a three to five percent risk of having another baby with a similar defect, Lauren had a fetal echocardiography exam when she was 22 weeks into her pregnancy. This time, it was discovered that her daughter had the same defect between the wall of her ventricles but also had a condition called truncus arteriosis. Her baby would have to go to the most highly advanced (Level IV) neonatal intensive care unit (NICU), which only two hospitals in Maryland have. Lauren and her daughter

After delivery at Johns Hopkins Hospital at 37 weeks, the Underwoods’ daughter did very well, though her condition required four open heart surgeries by the time she was three years old. Yet, much of the stress and worry had been removed this second time around.

“In pregnancy, no one expects to have a poor outcome or even a problem. Therefore, it is that much more helpful to know ahead of time,” says Lauren. “Some may say it gives you more time to worry, but having had it both ways, I feel it was much more positive and manageable knowing ahead of time.”

A number of conditions put a baby at higher risk for heart defects, such as if a mother has diabetes or has been exposed to certain medications, the fetus has other birth defects, or, like the Underwoods, the couple has previously had a child with congenital heart disease. Fetal echocardiography is also performed if routine ultrasound shows that a fetus has heart abnormalities.

Sinai is one of two hospitals to be the first in Maryland to receive accreditation in fetal echocardiography ultrasound by the AIUM. To earn this distinction, the hospital had to meet rigorous voluntary guidelines related to the training and qualifications of staff, ultrasound technology quality, and accuracy of image interpretation among other criteria. Sinai’s Institute for Maternal-Fetal Medicine is also AIUM-accredited in obstetric ultrasound. 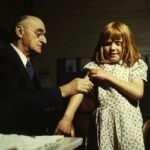 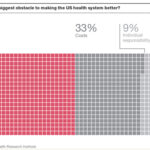