For years, the government has insisted that marijuana is a terrible drug. A one-sheet released by President Obama’s administration, for example, states “Marijuana places a significant strain on our health care system, and poses considerable danger to the health and safety of the users themselves, their families, and our communities. We know that marijuana use, particularly long-term, chronic use that begins at a young age, can lead to dependence and addiction. Marijuana is not a benign drug.” (1)

For years, the government has insisted that marijuana is a terrible drug. A one-sheet released by President Obama’s administration, for example, states “Marijuana places a significant strain on our health care system, and poses considerable danger to the health and safety of the users themselves, their families, and our communities. We know that marijuana use, particularly long-term, chronic use that begins at a young age, can lead to dependence and addiction. Marijuana is not a benign drug.” (1)

While it’s true that cannabis can become habit forming (2), it is also true that for many, cannabis helps more than it hurts. So, what does that truly mean for our healthcare industry?

A recent report on Motherboard cited CNN’s Dr. Sanjay Gupta’s on air apology for helping to perpetrate the lie that marijuana is very dangerous and, as have the majority of medical professionals out there, ignored the science that largely proves the opposite to be true (3).

Part of this is because relatively few studies have been done on the healing and treating properties of cannabis here in the United States. In the US, doctors typically learn about treatments and drugs from the companies that manufacture and sell them. In other parts of the world, however, the science is in: marijuana helps more than it hurts, especially for patients with cancer, epilepsy, anxiety, MS, and a host of other ailments.

With the legalization of medical marijuana and, in several states like Washington, Colorado, and Oregon (and in the District of Columbia) the legalization of marijuana’s recreational use, doctors are better able to treat their patients and to help keep them comfortable (4). The legalization (without the legalization resulting in a dystopian wasteland as prophesized) has been helpful for doctors who knew about marijuana’s many beneficial properties but were afraid to prescribe it because it still had such a stigma attached to it’s use. Across the board, doctors are finding that small uses of marijuana are more beneficial than the battery of drugs they had previously been prescribing their patients (3).

With an affordable treatment becoming more widely available, it stands to reason that fewer people will need urgent care, specialized treatments, or suffer from prolonged illnesses. This could dramatically reduce the cost of healthcare for people who use marijuana as a treatment. And, because of the way the US healthcare system is run, will reduce costs for everyone else as well. And that is where the vast majority of opposition to the legalization of marijuana, especially medical marijuana, lies (5).

Everybody can agree that a lower out of pocket cost for patients is in every patient’s best interest. Most of us wish our healthcare was more affordable. What that affordability means, however, is a loss of profits for doctors, hospitals and–most importantly in the eyes of lobbyists and policy makers–Big Pharma.

To date, Big Pharma has yet to produce a synthetic version of cannabis that is as helpful a treatment as its herbal inspiration. The closest they have come so far is Marinol, but most patients say it is vastly inferior to the raw stuff. And with the legalization of medical marijuana and recreational marijuana shops, people in need of this treatment can simply walk in any where, pay cash for what they need and walk back out, no muss, no fuss. There is no red tape, no insurance companies to bill, no profits to be made by Big Pharma companies.

Numbers show that the federal cost per person for treating marijuana-related issues is lower than that of treating issues related to alcohol or tobacco. This means that with legalization comes the possibility to cut federal spending by billions of dollars. This, along with the improvements being made in our mental health care system (6) is something most of us can agree is a good thing.

It is still a long way off, however, as many ongresspeople are adamant in their refusal to ever de-criminalize marijuana production or use, even as it leads to huge problems for dispensaries and small businesses.

Hopefully eventually the government will catch up to what doctors knew a century ago: legal marijuana is in everybody’s best interests. Even those who choose not to partake. 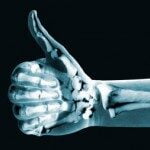 Top Five Blogs of 2015 on Image Capture Devices from Everything Rad
Next Article Infographic: Effects of Hepatitis C On the Body