Now when talking about useful wireless devices, this is one of them and we see some nice collaboration efforts here with more than one thing being done via a medical device. If you read here often enough, I rant about that all the time with software and devices “doing one thing only”. We surpassed that mile stone a long time ago. Also back in July of 2010 I made a post about the FDA becoming one of the “most connected” federal agency and in my mind, this approval process somewhat reiterates that belief as we had both clinical and Health IT provisions rolled in here, and with integration to medical records, this was a multi faceted approval. You can look at the device and I do have to say this is very cool, insert blood in cartridge and later have it in the medical records. Each cartridge from what I am reading here is for a specific test. The web site also discusses the various scenarios for use, the hospital, doctor’s office and so on. Well this might encroach a little bit on some of the lab business but one thing for sure is that it would seem to be a winner with patients as we all hate to leave, drive across town and visit a lab and obviously the device doesn’t do all labs, but many commonly used tests seem to be on the list. Here’s a few more details on the integration portion of the device. There are presently 4 interfaces that can be used:

The device of course has security controls so only those authenticated can use it and you get some data trails too. “Abbott Point of Care will work with your team to ensure seamless integration with your data management system.” From the other side of the coin, the medical record vendors are looking at a new integration partner as well, so here comes the algorithms to make the connections. BD 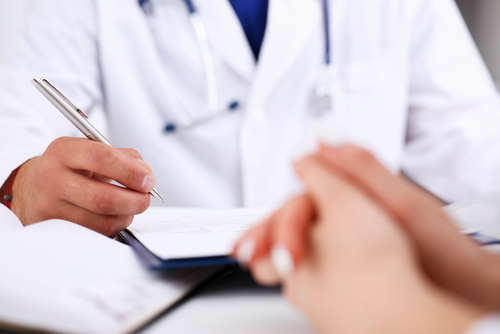