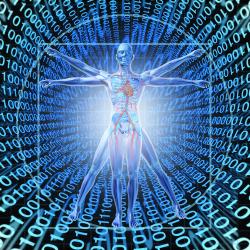 Health IT: A Rapidly Changing — and Lucrative — Industry And because health IT integrates so many different skills, you end up with professionals across a spectrum of ages and experience gravitating towards the health IT field, whether they are novices who are brought in to analyse data, or seasoned professionals who are recruited to manage projects. It should be noted, however, that younger demographics are best represented in the industry; around 52 percent of the health IT professionals polled in a recent survey by HealthITJobs.com were 44 years of age or younger. The survey also found that the professionals had, on average, eight years of professional experience. And, of course, it should be noted that job satisfaction rates and salaries are highest among project managers. Project managers are said to have brought in an average earnings of $111, 648.73.

It should also be noted that according to the survey, average income varies widely between men and women within the health IT arena. Male health IT specialists earn, on average, $17,000 more annually than their female counterparts. And while this is an issue that may lend itself to several interpretations and which industry experts should strive to understand and rectify, it is perhaps worth noting that the average annual compensation for a female health IT specialist, $82,036.39, is still considerably higher than the median annual salary for women with full-time employment in the United States (which was $37,791 in 2012 according to Catalyst). Earning eligibility is also partially contingent upon geographical location. Professionals have the highest earning potential in the Mid-Atlantic region of the United States ($105,923.00) and the lowest earning potential in the Southwest ($94,051.37).

And now, in the aftermath of the Heartbleed data leaks, and with other health related web security issues popping up in recent headlines, it is clear that health IT specialists have their work cut out for them. Revisions to the Healthcare Information Portability and Protection Act (HIPAA) now also stipulate that IT specialists (and other contractors) who don’t comply with federal regulations might be liable, should a security breach occur. So conventional IT specialists who might envy what they perceive as unfair earning opportunities among health IT specialists would be wise to remember: the pay is proportionate to the risk. The job is anything but simple, and as computers play an increasingly large role in providing healthcare infrastructure, it’s to the detriment of society if the professionals sitting at the helm lack the proper training and accreditation.