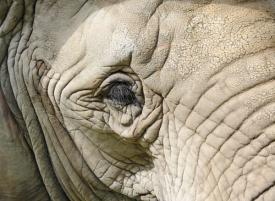 Healthcare Reform: The Real Elephant in the Room Many of us recall from childhood the Indian tale “The Blind Men and the Elephant.”  In the story a number of blind men come upon an elephant.  Having never encountered one before, each reaches out to feel the animal, looking to understand what an elephant is.  Each grasps a different part and begins to describe it to his compatriots.  One states, “The elephant is very much like a hose” aft

Many of us recall from childhood the Indian tale “The Blind Men and the Elephant.”  In the story a number of blind men come upon an elephant.  Having never encountered one before, each reaches out to feel the animal, looking to understand what an elephant is.  Each grasps a different part and begins to describe it to his compatriots.  One states, “The elephant is very much like a hose” after grabbing the trunk.  Another says, “Nonsense, it’s like a sharp spear” while holding the tusk., and so on for each body part.  As they shared their impressions they realized that they were all saying something different and this led to an argument.  None could “see” that there was any merit to what the others were saying, so sure were they that their perspective was the correct one.  And the storyteller concludes, “All of them were correct, and all of them were wrong.”

Complex systems embrace diversity.  Think of the metaphor of a long mountain range like the Appalachians.  Finding a solution to a problem can be thought of like climbing to the top of a peak.  The particular mountain you’re on reflects how high anyone with your perspectives can go, with the idea that the higher the better.  Novices can only make it part of the way to the top.  Adding experts may give you a better chance to get to the top of the peak you’re on.  Once you’re at the top of that peak, however, you can’t go any higher.  What if you happen to notice that there are other mountains whose peaks are even higher than the one you’re on?  They represent the value of other perspectives.  The only way to get to the top of those mountains is to change your perspectives to theirs.  Or, even better, join them to yours.  If your solution represents the entire mountain range, you can be assured that you’ve got the highest peak in there somewhere.  You’ll have to measure, experiment, and explore to figure out which is the best, and that may actually change over time as well.  But the diversity of perspectives gives you the confidence that you will eventually find what works best for you.  As author Arin N. Reeves puts it in her book The Next IQ, “many heads are inevitably better than one.”

I believe that the current debates about healthcare reform represent a modern version of the elephant fable.  Various groups of stakeholders have banded together to come up with their “solution” to the problems the current US healthcare model has created.  We spend too much, our outcomes are not good enough, and too many people are harmed.  As solutions are presented, not only are the stakeholders convinced of their merit, they are also certain that counterproposals are wrong.  Accountable Care Organizations.  Bundled payments.  Health information technology.  Consumerism.  Price transparency.  Single payer.  Keep the status quo.  One can find groups of smart people advocating for all of these.

I think the problem is not that any of these proposals are right or wrong.  I think the problem is that perspectives that are not diverse enough generate them.  All of them, like the blind men in the fable, are “right”- from their perspectives what they are proposing makes total sense.  However, the lack of diversity involved in reaching the solution means that there are huge blind spots that cannot be overcome.  A group of brilliant people with similar perspectives, interpretations, heuristics, and predictive models cannot be as intelligent as a group made up of average folks with cognitive diversity.  At least not for complex challenges.  And I think there is at least one thing everyone who has a stake in this agrees on, and that is that healthcare and its reform is complex.

What we need is the collective wisdom to recognize that all of these perspectives are right, and all are limited.  Wikipedia lists the moral of the fable as “due to extreme delusion produced on account of a partial viewpoint, the immature deny one aspect and try to establish another…it is impossible to properly understand an entity consisting of infinite properties without the method of modal description consisting of all viewpoints.”  Diverse perspectives and multiple right answers, or choosing “the one best” – what do you prefer?

(Healthcare: whose perspective is right? / shutterstock)