Robert Wood Johnson Foundation funded an Urban Institute study to determine how Obamacare marketplaces are being impacted by the withdrawal of United Healthcare and the failure of some of the CO-OP plans. I’m grateful for the data but as it turns out their findings line up with what I wrote more than two months ago (United pulls out of ACA exchanges: Should we care?)

Here’s what I said:

Recently we’ve heard what could be interpreted as bad news about the viability of exchanges:UnitedHealth is considering withdrawing from the program. In the highly politicized world of health reform, that information has Obamacare foes sounding the death knell.

The big name insurers that have a large share of the corporate market are not necessarily the winners on the exchanges. Rather, the leaders in the new price-sensitive era are lesser known plans, many of which cut their teeth in the Medicaid managed care market where tight cost control is key. They have what it takes to play in this brave new world.

Compare that to the Urban Institute findings:

Co-ops and United Healthcare (United) exiting the marketplaces may not be the shake-up many predicted because Blue Cross insurers, managed care plans, and others dominate low-cost marketplace offerings.

Next time maybe I should apply for that grant rather than offering my instant analysis! 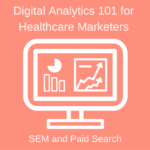 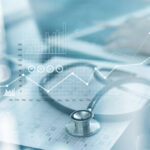