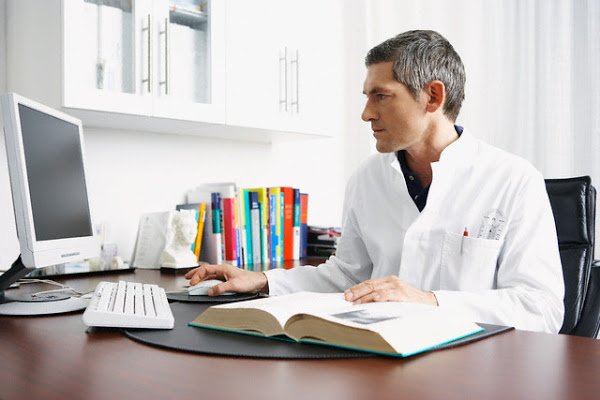 How Social Media is “Consumerizing” Healthcare

In 2004, Aaron Levie was still a college student at USC conducting research into online storage options for his class project.

The need to access data from different places or devices seems obvious now. But this was pre-iPhone and iPad. And smartphones at the time were less than good.

After a few months of prototyping, the simple storage service was open. And the two co-founders used a novel pitch at the time — free storage — to incentivize press write-ups and early user adoption.

And Box (formerly Box.net) was born.

In 2004, Aaron Levie was still a college student at USC conducting research into online storage options for his class project.

The need to access data from different places or devices seems obvious now. But this was pre-iPhone and iPad. And smartphones at the time were less than good.

After a few months of prototyping, the simple storage service was open. And the two co-founders used a novel pitch at the time — free storage — to incentivize press write-ups and early user adoption.

And Box (formerly Box.net) was born.

To keep up with demand, Aaron and his co-founder Dylan Smith began seeking more outside capital. Even Mark Cuban invested $350,000.

But a pivotal discussion with early investor Josh Stein encouraged Box to focus on the enterprise market. Not only were they willing to pay more, but Stein also said they were “stickier” which would result in a much higher LTV per customer.

However they had an obvious problem…

How was a new upstart supposed to gain traction with the enterprise, without a sales force and existing contacts?

Easy. By taking advantage of how consumer behavior has evolved.

How a College Research Project Turned into a Billion Dollar Company

A traditional enterprise sales process would involve many different people.

The technical buyers were focused on evaluating potential vendors or suppliers. The economic buyer paid the bill. And the user — the actual person responsible for using or adopting the technology — was left with whatever the first two decided.

But Aaron and Dylan used the ultimate incentive — free. They would adopt a “bottom up” approach of acquiring the users first, which allowed them to initially bypass the Technical or Economic buyers that they didn’t have the means to reach, or cache to impress anyway.

So users began finding Box on their own, and recommending it to their teams. Through largely organic and incentivized network effects, Box has grown into a billion dollar company — and wants to go public.

Since then, countless other products and services have grown in similar fashion. Early adopters are finding new solutions and then recommending — or warning — their friends and colleagues.

This trend isn’t just isolated to technology or software. It’s even happening in healthcare. How Healthcare is Becoming “Consumerized”

The world-renowned rating service was founded by a husband and wife team over 30 years ago, and grew to serve over 13 categories in 100 countries.

The acquisition gave Google a strong local brand, and it was immediately integrated into their Search, Maps, and Google+ products.

And according to Rheumatologist.org, Zagat’s rating services are expanding to provide patients a way to share experiences of individual doctors within an insurance network:

“Wellpoint and Anthem BlueCross BlueShield members now have the opportunity to rate their physicians in the areas of trust, communication, availability, and office environment”.

One of the most important elements of Zagat’s new scope is providing a total quality score that’s made up of individual metrics for different categories. According to Rheumatologist.org:

“Under the Zagat rating system, a physician who has a high rate of medical errors but a wonderful bedside manner and a beautiful waiting room can receive a higher rating than a physician with a better professional record but who has trouble communicating with his or her patients or has an outdated waiting room”.

So the overall quality score — the one potential patients and consumers use to decide between physicians — might be affected more by their bedside manner than their professional record. And it’s empowering proactive consumers to make better decisions… without having to wait on hold or step foot into an office.

How to Survive & Thrive in an Openly Connected World

Seth Godin published Permission Marketing thirteen years ago with a simple premise: the future of advertising (and marketing) will be less about “interruption”, and more about earning “permission”.

Capture attention, lure in prospects, and prioritize retention and referrals.

And it’s the first step that has evolved tremendously over the past few years. According to Forrester Research, “Eighty-two percent of consumers researched a product before buying it, and nearly two-thirds of respondents say they pay more attention to prices and value now than they did a year ago.”

This initial point of proactive research was even given a name by Google: The Zero Moment of Truth. And it’s absolutely critical in today’s marketing environment.

Consumer behavior has evolved with the new connectivity and technology at our fingertips. Digital marketing begins with finding out how to position yourself to win consumer’s attention and trust, in a world where everyone has access to the same information.

Initially you reach these new consumers through organic search when they use an informational query. Because at this stage, they’re still “just looking”. They are recognizing their own need awareness, and beginning to form interest.

These are affluent, educated consumers who aren’t stuck going to whichever doctor is in their local network of plan. They’re not looking for the best bargain.

So they’ll go to Yelp and compare reviews, ask their friends on Facebook, and then use Zagat’s new ratings to drill down into individual categories.

This is the same exact process my wife and I took when we were expecting our first child and moving to a new city. We were shopping for the best doctor, pediatrician, and hospital. In a city filled with them. And with little concern for the cost.

These customer reviews, online testimonials, and websites were the critical first touch we had with each party — before even meeting them or stepping foot in their offices. If we didn’t have a good gut feeling, or there wasn’t a lot of information available, then we simply moved on to the next one.

The average cost of a normal birth in California was $22,311 in 2010. No doubt that number has risen in the past few years.

And what about the second or third child?

The lifetime value of a patient or family in this case could be over a hundred thousand dollars for every doctor and hospital involved.

Social media and other technological advancements have paved the way for prospective patients to shop around. Which means marketing — the process of getting attention, building trust, and retaining consumers or patients over the long-term — is now a crucial part how individual practices will survive. And it’s an essential skill for every physician to adopt.