It is often difficult to appreciate that improving the care of patients can actually reduce the costs of care. Last year Dr H Brody wrote in the New England Journal of Medicine (vol 362, p283-5) about “Medicine’s ethical responsibility for health care reform – the top five list.” In essence he challenged physicians to be first to find ways to rationally reduce health care costs by identifying the top five tests or treatments in any given specialty or subspecialty that could be markedly reduced or even eliminated without harm to the patient.

It is often difficult to appreciate that improving the care of patients can actually reduce the costs of care. Last year Dr H Brody wrote in the New England Journal of Medicine (vol 362, p283-5) about “Medicine’s ethical responsibility for health care reform – the top five list.” In essence he challenged physicians to be first to find ways to rationally reduce health care costs by identifying the top five tests or treatments in any given specialty or subspecialty that could be markedly reduced or even eliminated without harm to the patient. He made some specific suggestions to get things started.

Now Drs.Thomas Smith and Bruce Hillner, two oncologists from the Massey Cancer Center in Virginia, have accepted the challenge and published in the same journal (vol 364, p21, May 26, 2011) a proposed list of five suggested changes in medical oncologist’s behaviors and five changes in attitudes and practices. Their proposal is noteworthy because it directly addresses some of the most important issues that affect cancer patient care yet inordinately increases the cost of that care.

I will not repeat each of their suggestions but will comment on a few. One change in behavior is to limit chemotherapy to patients with a good performance status (with an exception for those with highly responsive disease.) It is well known that a person’s performance status is a very strong predictor of whether a patient will respond to a treatment or have any meaningful extension of survival. The authors point out that their proposal is in line with current guidelines by national oncology organizations. They make the simple recommendation that a patient should not be given chemotherapy if he or she cannot walk into the clinic unaided. Unfortunately, many oncologists today push ahead with further treatment despite their patient’s performance status.
Another suggestion is to “replace the routine use of white blood cell stimulating factors with a reduction in chemotherapy dose in metastatic solid tumors.” The hematopoietic colony stimulating factors (CSFs) are very valuable in pushing the bone marrow to recover white blood cell numbers after aggressive treatments. The concept is that infection is common when the white blood cell count drops below 500 per ul. This is a common occurrence in the treatment of acute leukemia and some other situations where very aggressive chemotherapy is used and the CSFs can be lifesaving in those patients. But they are not needed for modest reductions in WBC counts. In truth, drops below 500/ul rarely happen in the treatment of patients with most solid tumors such as breast, prostate, lung or colon cancer. Yet these very expensive stimulants are used routinely but at high cost. Smith and Hillner suggest that at about $3500 per injection, the sales by oncologists to their patients’ amount to some $1.25 billion per year.
And there is the rub – to change these two practice patterns would be to substantially reduce the oncologist’s income. Oncologists earn a decent but not high income from basic care of their patients. But fully another one half comes from the administration of chemotherapy and support medications such as drugs for nausea and vomiting and drugs to boost the bone marrow to produce red blood cells (erythropoietin) and white blood cells ( pegfilgrastim, Neulasta). In effect they serve as a pharmacy for these drugs, buying them wholesale from distributors, preparing them and administering them while collecting a markup for their effort. This brings their incomes to among the highest among internists. To cut back on chemotherapy or Neulasta administration would have a telling financial impact.
Another suggestion, this one a change in attitude, is to address the importance of end-of-life discussions. The authors point out the truism that such discussions are a critical perquisite to good care planning by both doctor and patient and family. But they point out that far too often, oncologists wait until new symptoms appear or until they feel there is nothing else that can be done before entering this type of discussion. But when such discussions are held at an appropriate time, there is greater use of hospice and “less depression or anxiety, less aggressive end-of-life care and [patients] rarely die in an intensive care unit or on a ventilator.” Further “it allows the surviving caregiver to have a better quality of life and would save our society millions of dollars.” And yet, such discussions are all too infrequent or come too late. It is the physicians’ obligation to their patients and patients’ families to be honest and direct, albeit caring and compassionate at the same time.

With these changes (and some of the others that Smith and Hillner recommend) in behaviors and attitudes, the care of cancer patients would be greatly improved yet the costs would be very greatly reduced. That is a good exchange. Let’s hope these suggestions become the norm of care and that physicians in other specialties take up Brody’s challenge as effectively. 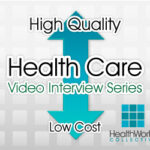