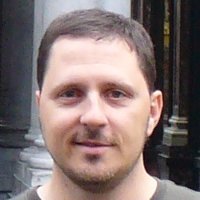 Back in June I attended the SiiM 2013 Annual Meeting in the Dallas area. SiiM (Society for Imaging Informatics in Medicine) is RSNA Jr., with the benefit of being much less intimidating — no 3-story booths in the exhibit hall staffed by more than 100 international sales reps — which offers a great environment to hear some of the advances and challenges in the ever-changing field of radiology. Throw in the informatics element and the show offers something most readers of this blog care about—interoperability.

Back in June I attended the SiiM 2013 Annual Meeting in the Dallas area. SiiM (Society for Imaging Informatics in Medicine) is RSNA Jr., with the benefit of being much less intimidating — no 3-story booths in the exhibit hall staffed by more than 100 international sales reps — which offers a great environment to hear some of the advances and challenges in the ever-changing field of radiology. Throw in the informatics element and the show offers something most readers of this blog care about—interoperability.

Radiology has always had the greatest technology in healthcare in my opinion, with CT scanners that can capture a 3D image of a patient’s heart between heart beats, but the field is often wrongly stereotyped by health IT as being completely unique or as sitting on the sidelines when it comes to the interoperability revolution that has been set in motion by government programs.

That’s why I was a bit surprised during the very first educational session at SiiM to hear Tim Dawson, chief architect at Vital Images, discuss HL7 FHIR. Dawson was presenting about the future of integration and interoperability for radiology and HL7 FHIR is a standard he believes holds great promise for radiology. Another development Dawson discussed is one he is actively working to develop called MINT, or Medical Imaging Network Transport. I wanted to learn more about MINT and future standards for radiology, so I reached out to Dawson with the following five questions. MINT is interesting, but below he introduces DICOM-RS, a standard akin to HL7 FHIR that will very likely have a big role in the future of health IT interoperability.

In your presentation at SIIM, you referenced MINT alongside HL7 FHIR when listing reasons you’re optimistic about future interoperability options in health care. What similarities exist between the two standards?

Firstly, MINT can only narrowly be described as a standard. A MINT specification does exist and there are multiple implementations of MINT by a number of VNA vendors, however it is not formally approved by a standards body. For the last two years, those of us who created MINT have been working with DICOM Working Group 27 to do just that. We basically split MINT into three web services (retrieve, store, and search) and created corresponding DICOM specifications – of course with some changes and improvements along the way. The first was “Web Access to DICOM Objects using RESTful Services” (also known as WADO-RS), the second was “Store Over the Web by RESTful Services” (STOW-RS), and the most recent was “Query based on ID for DICOM Objects” (QIDO-RS). I refer to these together as “DICOM-RS”.

As for similarities of HL7 FHIR and DICOM-RS, I would say the key is the use of REST web services for communication. More and more public APIs are shifting away from SOAP (another competing standard) to REST because of its simplicity, ease of use, and power. REST APIs follow certain principles:

Basically, REST services use the same technology of the web, but is accessed by other programs rather than web browsers.

The HL7 FHIR community and DICOM Working Group 27 have been working together to align wherever possible. Our underlying data models are significantly different, but there’s a lot we can learn from each other, and where two or more viable alternatives exist, it makes sense for both APIs to use the same approach.

DICOM, obviously, has challenges that are different than HL7. What specific DICOM problems or issues will MINT solve?

When MINT was developed, I was fairly new to the industry, having worked outside medical imaging prior to joining Vital Images. I quickly discovered many things I liked about DICOM, and many that I did not. Chief among the things I did not like about DICOM was the network protocol used to transfer images between systems – it had several negative side effects, which we saw making our systems overly complex and causing workarounds that were simply unacceptable. DICOM was created before the web took the world by storm and became what it is today. Many of the original decisions and innovations that went into the web in the early days actually solve problems found in DICOM.

I can’t speak for all the other people involved in creating MINT, but from my perspective the key features of MINT – and DICOM-RS – are:

1. The use of HTTP rather than DICOM as a transport.

HTTP is a technology that is very familiar and well supported today in IT. You can hire pretty much any IT professional, purchase any networking hardware, and HTTP comes built in. HTTP also provides user authorization, encryption, and other security mechanisms as well as standard http caching and proxying. In contrast, traditional DICOM requires special knowledge and software, which increases costs. There have been a few previous DICOM standards based on HTTP, such as WADO and WADO-WS, that were built on HTTP but did not have a query interface and fell short in other areas.

2. The ability to get the entire metadata of a study in a single request.

Images are large, some types of scans involve hundreds, perhaps thousands of images. With DICOM, metadata is attached to each image; this is great in terms of ensuring that each image is properly sourced, but the side-effect is that an entire study must be downloaded in order to understand the contents of the study. This full download is often necessary determine which images the user might be interested in before a single image can be displayed. With MINT & WADO-RS, applications can retrieve just the metadata for a full study in a single call, and determine what images are needed before initiating a large transfer.

With DICOM image transfer images are requested, and then separately sent. DICOM does not have an “end” notification… applications often build in timeouts to determine when no further data is expected. With DICOM-RS, transmission boundaries are clearly identified.

Since DICOM is universally accepted by vendors, what are the prospects for adoption? What efforts are underway to encourage and educate manufacturers?

This is a great question. First, a number of vendors have already collaborated with us as part of DICOM Working Group 27. I have spoken personally with many of them that are already in process of developing these APIs. We have also been working with various industry organizations, such as CHIME, to increase awareness of these new standards, to highlight the benefits of open web-based standards (including FHIR) as a means of unlocking the data held in proprietary systems. The goal in this is to drive demand for these standards and put pressure on those vendors that want to maintain the status quo and their lock on patient data.

Finally, a “hackathon” is scheduled for SiiM this coming May to demonstrate connectivity between various vendor implementations and raise awareness. I’m really looking forward to this.

Developing new standards is a time-consuming and often thankless task, something HL7 International is discovering now that their IP is free. What motivates you as you continue working on MINT?

What motivates me is the desire to improve access to data, level the playing field, and spur innovation to build better solutions. Medical imaging has done amazing things in the last two decades and there is enormous potential for future innovations. If my company can spend less time dealing with hackish workarounds to artificial problems and more time on creating great products to improve patient care, everybody wins.

Lastly, I want to end with the same question I asked Grahame Grieve, chief architect of HL7 FHIR. Gaze into your Magic 8-Ball and answer this question: Two years after DICOM publishes the MINT or the DICOM-RS Draft Standard for Trial Use (DSTU), the ONC will designate it as one of the primary standards to use in radiology data exchange.

I don’t see this in the cards for MINT, but I absolutely do for DICOM-RS. There is significant effort underway already. These standards have been approved by DICOM, and discussions are occurring within IHE to adopt these standards as well for interchange.