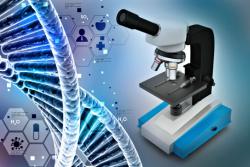 Irony and the Church of Big Data Big Data in medicine is a faith-based initiative. True believers know, deep in their hearts, that the Church of Big Data will solve all miseries that beset American health care. They’re evangelists for their cause, spending billions of dollars to spread the Word of Big Data. Many good folks of unshakeable beliefs are immune to irony. Big Data disciples are no different.

Big Data in medicine is a faith-based initiative. True believers know, deep in their hearts, that the Church of Big Data will solve all miseries that beset American health care. They’re evangelists for their cause, spending billions of dollars to spread the Word of Big Data. Many good folks of unshakeable beliefs are immune to irony. Big Data disciples are no different.

And no believer has pushed the faith as ardently as Vinod Khosla.

Khosla is a high priest in the Church of Big Data. He was a cofounder of Sun Microsystems, the computer hardware/software/networking company bought out by Oracle in 2009. He’s now a partner in Khosla Ventures. The company “…provides venture assistance and strategic advice to entrepreneurs working on breakthrough technologies.”

Khosla Ventures has two dozen health technology-related companies in its portfolio. The high priest of Big Data has vested interests in proselytizing for the faith. By way of understatement.

John Ioannidis is the antithesis of true believer. Ioannidis is a distinguished professor of medicine at Stanford University School of Medicine and a world-renowned researcher. He is the author of “Why Most Published Research Findings Are False.” (The paper is freely available online.) The work has had 1.3 million views since publication in PLOS/Medicine ten years ago; it might be the most influential journal article published in the 21st century.

Ioannidis begins by noting in the summary, “There is increasing concern that most current published research findings are false.” He then lists the many ways research conclusions stray from the truth including:

✦ Researchers claim “conclusive research findings” based on just one study.

✦ The statistical methods used to analyze findings are often unsuitable.

✦ Various biases influence the research including the study design, data gathering or analysis.

✦ The study is too small or, paradoxically, too large.

✦ The researchers have financial entanglements and will gain from “positive” study results.

✦ The field of study is fiercely competitive and the researchers want to make names for themselves.

Ioannidis concludes with recommendations for improvement. Among them are vigorous efforts to lessen bias, careful choice of hypotheses and registration of studies.

So, aside from working a smartphone’s throw from each other (Khosla in Menlo Park, Ioannidis in Palo Alto/Stanford), what do these men have in common?

Vinod Khosla granted an interview to Ariana Eunjung Cha of the Washington Post. The interview, “Vinod Khosla: Medicine’s big data revolution”, was published May 8th, 2015 as part of The Human Upgrade series. Much of the interview is self-aggrandizing chatter about companies in his Khosla Ventures corral.

But in the middle of talking up his investments, Khosla makes a startling claim. He says, “A lot of what I’ve been thinking about started with articles by Dr. John Ioannidis at Stanford School of Medicine”, referring to the 2005 PLOS/Medicine piece.

Three possibilities come to mind to account for the surprising assertion. Khosla hasn’t read the paper. Or he didn’t understand it. Or he is oblivious to the irony of citing Ioannidis’s classic paper to support his commercial interests.

Possibility one: Khosla’s a busy man. Maybe he only skimmed it. Or a minion gave him a fast synopsis. Possibility two: Khosla is an extraordinarily bright man who’s built tech empires. Difficult to imagine he didn’t understand the paper. It’s timeless work because it’s clear and without ambiguity. (Even your statistics-challenged blogger had no trouble.)

That leaves possibility three. Irony. Vinod Khosla cannot claim that, while most published medical research is false, Big Data will solve the problem. There is no published research on the medical benefits of Big Data. And if there were, it would likely be confounded by at least one of Ioannidis’s research proscriptions: “The greater the financial and other interests and prejudices in a scientific field, the less likely the research findings are to be true.”

Khosla, high priest in the Church of Big Data, seems blind to the irony of citing Ioannidis’s work to prop up his investments. But not all of us can make that Big Data leap of faith.