Infertility, or the reproductive system’s inability to conceive a child, affects millions of people around the world.  It is considered today to be a disorder that affects both men and women with equal statistics. Stress was once pointed out as a reason but years of careful study has led experts to conclude some viable reasons such as:

Infertility, or the reproductive system’s inability to conceive a child, affects millions of people around the world.  It is considered today to be a disorder that affects both men and women with equal statistics. Stress was once pointed out as a reason but years of careful study has led experts to conclude some viable reasons such as:

3. Problems with the uterus or fallopian tubes

4. Sperm’s inability to penetrate or survive in the cervical mucus

Luckily, modern science has found possible options on how to address infertility, like In Vitro Fertilization (IVF). Though successful births often were coined as “test tube babies,” IVF is now becoming a household term to comply with the increasing number of infertility reports.

Unlike the Artificial Insemination (AI) procedure where sperm cells are directly injected into a woman’s uterus to make the sperm’s journey to the egg cell shorter, IVF is a method where sperm cells and egg cells are combined in a laboratory dish where fertilization occurs. The embryo that resulted from this process is then returned to the uterus for further growth.

However, IVF isn’t the first and only the option available for infertile couples. IVF can only be  offered to women who have problems with their fallopian tubes making AI difficult. The doctors would probably suggest patients to try fertility drugs like hormone-stimulators, surgery and Assisted Conception like the AI before presenting the IVF.

First performed in 1978 by Dr. Robert Edwards to a childless couple in England, the first procedure of IVF was a success that the same couple asked for another procedure after four years. Dr Edwards even attended the marriage of his first successful IVF operation, Louisse Brown, in 2006. Following the success of 1978, IVF is considered the oldest Assisted Reproductive Technology (ART) procedure.

Like any other hospital procedures, the success rate of IVF, though it shows encouraging results  based on statistics, varies depending on the couples’ fertility problems, age and lifestyle among others.

IVF is also favorable among couples because of Preimplantation Genetic Diagnosis (PGD). PGD is a testing process that identifies embryos with potential genetic defects or select embryos to attain a certain gender.

Once qualified for the IVF procedure, a patient will receive a hormone-inducing drug that will stimulate the ovaries to produce multiple egg cells instead of one. Check-ups are necessary to ensure that the level of the hormones are not changing drastically. Once it matures, the doctor will then remove an egg cell from the uterus and combine it with the partner’s sperm. This process will fertilize the egg cell but will be kept in the laboratory under observation. In a few days, the fertilized egg will become an embryo awaiting another step: its insertion in the patient’s uterus. If the procedure works, the embryo will continue to grow while the patient will be asked to do a pregnancy test after two weeks.

One of the major controversies that once surrounded the IVF was the concern of children developing birth defects compared to those who were naturally conceived. Studies, however, tell this to be wrong.

Visit Assisted Reproductive Technology reference page to learn more of the IVF terms and phrases to help you better communicate with the medical team. 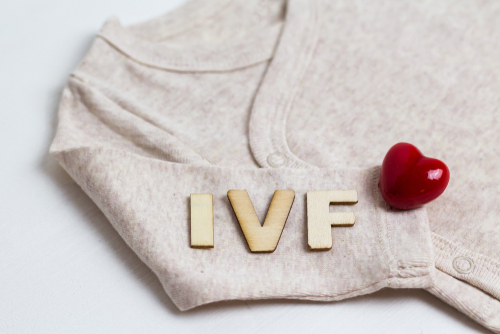 A Rundown Of What You Need To

In vitro fertilization, or IVF, is a fertility treatment that can help couples who 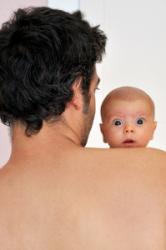