Why does this piss me off so much? I don’t know. Perhaps the arrogance. Perhaps because it makes me sad to see that my fellow researchers can be either so blind or so ambitious as to push out something so unfinished to media vultures looking for “lifesaving” meat. Perhaps I feel for my former colleagues in their offices, who will now need to deal with spikes in anxiety and even blood pressure in their already hypertensive elderly patients, and are now in a position to leave that anxiety unaddressed in this age of the incredible shrinking appointment that has done away with nuanced relationship-nurturing conversations. Perhaps I feel for them even more because they too will feel more anxiety in this unforgiving world of 21st century medicine in America, where their hides depend on meeting “quality metrics” built on half-baked data like those reported in Kolata’s story. And finally, and most importantly, I feel for the patients, who, without knowing it, are the true subjects of this experiment in American medicine, where docs are beholden less and less to the individuals in front of them and more and more to the gluttonous bureaucratic machine that is swallowing their humanity. It is beyond time to stop this madness.

If you like Healthcare, etc., please consider a donation (button in the right margin) to support development of this content. But just to be clear, it is not tax-deductible, as we do not have a non-profit status. And I only post when I feel like it. Thank you for your support! 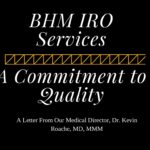