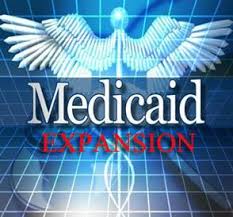 Medicaid Expansion: How Does It Affect You?

It’s almost time for open enrollment – and this year, there are some changes to Medicaid that might affect you, depending on what state you live in. So far, states have begun expanding their Medicaid programs, with the help of additional federal funding.

It’s almost time for open enrollment – and this year, there are some changes to Medicaid that might affect you, depending on what state you live in. So far, states have begun expanding their Medicaid programs, with the help of additional federal funding. This funding for Medicaid expansion is meant to provide assistance to adults who are under 65 years of age, and therefore don’t qualify for Medicare yet, who are at 138% of the poverty level in terms of income. What does that mean in practical terms? Well, in certain states that are promoting this expansion, adults who fall into this income bracket can receive free or low-cost healthcare plans regardless of whether or not they’re disabled, have dependents or their other financial resources. By expanding Medicaid, healthcare coverage is thereby extending to individuals who have, perhaps, never had healthcare coverage before because they “fell through the cracks”; there’s an entire population of people who “aren’t poor enough” for federal benefits, yet don’t make enough to purchase private health insurance. Medicaid expansion could help to close up this coverage gap.

When the conversation about Medicaid expansion first started, it wasn’t posed as an option, but rather, a mandate. One that, if states failed to meet it, would be the difference between federal funding and a lack thereof. States that didn’t expand their Medicaid coverage would, essentially, be looking at losing half of their Medicaid funding (since federal funds account for half, if not more, of state programs). Now that it’s optional, individual states are being encouraged to expand their coverage, but they won’t lose federal funding – since Congress said it was unconstitutional.

Regardless of whether or not they have federal funding, more enrollees projected over the next decade also means higher state costs. The state expenditures already account for around a quarter of yearly spending, but that number could increase several folds as more and more people enroll in plans.

The federal government has committed to shouldering a lot of this upfront cost for expansion, and plan to maintain that funding through 2020 at least – however, it’s hard to say if that will actually happen – it wouldn’t be the first time federal funding slipped and states were left to pick up the tab.

But not taking the federal government up on their offer to support Medicaid expansion seems risky to most states – it seems like too good an offer to pass up in the short term. So, even though the expansion is optional, many states have already committed to undertaking it. The fallout will inevitably be the result of an unsustainable federal funding program – and while states might be aware of this, they are likely hoping that they can capitalize on the federal funding while it’s available while simultaneously restructuring their state budget “under the table” so they’ll be prepared when the other shoe drops and federal funds run out. It’s wise for states to start thinking about this now, while they’re feeling lush: when federal funds drop, states will need to either raise taxes to cover the cost or make cuts to other areas of their budget, neither of which is likely to make citizens happy.