The following appeared first in The Fiscal Times:

Amerigroup Inc., the health insurer for Medicaid patients in Nashville, has a serious problem. Many of its 50,000 inner city, low-income beneficiaries go for their routine care to local hospital emergency rooms, which is the most expensive place for such treatment.

The following appeared first in The Fiscal Times:

Amerigroup Inc., the health insurer for Medicaid patients in Nashville, has a serious problem. Many of its 50,000 inner city, low-income beneficiaries go for their routine care to local hospital emergency rooms, which is the most expensive place for such treatment.

So a year ago, without government help, the company instituted a so-called medical home program, paying extra money to local physicians who care for Medicaid patients. They were asked to hire outreach workers to call patients to make sure they keep appointments, take their medication or simply to check up on how they were doing. The insurer also encouraged physicians to establish same-day scheduling and keep extended hours for patients who call with immediate problems.

Though Americagroup is still a few months away from releasing first-year results for the program, officials are so confident of its success that they’ve just opened a similar program in Georgia, and they are making plans to extend the medical home model to the 10 other states where the company covers nearly 2 million people with government-paid insurance.

Critics of President Obama’s health care reform law have dismissed the cost-saving potential of demonstration projects that tinker with the health care delivery system. Republicans running for president and on Capitol Hill have vowed to repeal the law, including its efforts at delivery system reform.

But one program expanded by the law change shows particular promise: empowering and paying primary care physicians to coordinate the care of patients with chronic conditions like heart disease, diabetes and cancer. An estimated one in five Americans, many of them poor and old and covered by either Medicaid or Medicare, has one or more of those chronic conditions. Since they account for about 75 percent of all health care costs, better coordination of their care could substantially reduce costs for the government’s Medicare and Medicaid programs, which cover most of the nation’s chronically-ill patients..

A recently completed patient survey of the chronically ill in 11 industrialized countries, which will be published in the December issue of Health Affairs, showed that poorly coordinated care is a problem almost everywhere. Medical homes or primary care offices that provided comparable services reached just 33 to 74 percent of the very sick in those countries, with the U.S. in the middle of the pack at 56 percent. But where patients did receive medical home-style care, they experienced fewer medical errors, fewer repeat operations, and were more likely to avoid the operating room entirely.

Notably, the top-ranked country was the United Kingdom, often lambasted in the U.S. press as a nation beleaguered by long lines and frustrated medical consumers. The survey found its seriously ill patients reported either the highest or second highest satisfaction ranking based on their ability to see a doctor when needed, see a doctor who knew them, and have that physician coordinate their care, which is key in that government-run system to minimizing the use of high-priced specialists.

“The U.K. and the few countries that rank high on the attributes we want don’t have anything called a medical home,” noted Dr. Robert Berenson, a fellow at the Urban Institute. “They have robust systems for primary care and have emphasized it for decades.”

In the U.S., government efforts to encourage greater adoption of the medical home model have been underway since 2008, when the Centers for Medicaid and Medicaid Services launched demonstration projects in more than two dozen states. The Affordable Care Act, disparagingly known as Obamacare, expanded the use of medical homes by pushing provider groups to establish accountable care organizations, which will manage all aspects of patient care for a single fee.

The medical home concept isn’t new. It originated in the 1960s among pediatricians as a way of dealing with children who had special health care needs and saw many specialists. More recently, the medical home model has been seen as a way of encouraging more young doctors to go into the relatively lower-paying primary care profession, since it gives them more professional responsibilities, more prestige and slightly higher pay. While there are fierce debates over the nation’s need for more physicians to care for an aging Baby Boom generation, no one disagrees with the call for more primary care doctors to help the chronically ill wend their way through the thicket of modern medicine without running up huge bills.

“We have a very marginalized primary care system charged with meeting the acute needs of patients when they show up,” said Dr. David Nace, the medical director of McKesson Corp. and chairman of the Patient-Centered Primary Care Collaborative, a consortium of 800 businesses, insurers, consumer and physician groups pushing medical homes.  It has established 27 initiatives in 18 states involving public and private payers and local providers.

Its earliest projects, now two or three years old, have seen significant drops in emergency room use, hospitalizations and re-hospitalizations. “We know that robust primary care is the single most important reform that can help drive the quality and cost goals we’re trying to achieve in this country,” Nace said.

But some observers see problems in how the government is seeking to widen the program under the reform law. It has established multiple yardsticks for measuring whether physicians who enter the program will qualify for additional medical home payments, and placed a heavy emphasis on adoption of electronic medical records and using them to track test results.

“There’s not enough emphasis on interactions and access,” warned Urban Institute’s Berenson. “We’re asking people to do new things with no assurance they’re going to be doing the things we know work.” 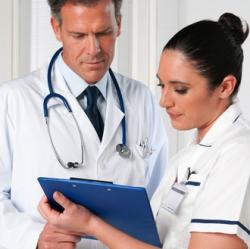 The physician shortage is real. How do we know? A study conducted by

Direct Primary Care – Isn’t It Too