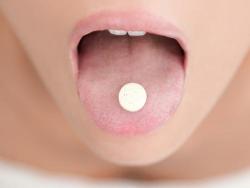 The European company HRA Pharma, which makes Norlevo, a morning-after pill that is chemically identical to the U.S.

The European company HRA Pharma, which makes Norlevo, a morning-after pill that is chemically identical to the U.S. product, Plan B, has announced a change of packaging that has been approved by European pharmaceutical regulators, Mother Jones reports. HRA Pharma’s new packaging will warn users that its emergency contraceptive product is ineffective for women who weigh more than 176 lbs. In fact, effectiveness of the morning-after pill begins to wane at 165 lbs.

Simply increasing the dosage, the company explained, would not necessarily make the drug effective for heavier women. “A dose increase of levonorgestrel is not proven to be a solution for this problem,” Karina Gajek, a spokeswoman for HRA Pharma, toldMother Jones.

Potential consequences for American women are clear. Because the European product is chemically identical to some of those approved and available in the U.S., it can be assumed that the American version of the morning-after pill also loses effectiveness above a certain weight threshold. Who, then, is most at risk?

Altogether, there are 62 million women between the ages of 15 and 44 — the average span of childbearing years — in the U.S. According to the National Campaign to Prevent Teen and Unplanned Pregnancy, women, ages 29 and younger, account for slightly more than three-quarters (77 percent) of all unplanned pregnancies, with women under 20 accounting for almost 25 percent of the total. Meanwhile, data compiled by the Centers for Disease Control and Prevention indicates the average American woman between the ages of 20 and 29 weighs 161.8 pounds — current formulations of the available morning-after pills should be fully effective for most. The same is true for the average woman younger than 20, who weighs even less. Digging deeper into the numbers, the same charts reveal that the average African American women over the age of 20 weighs more than the threshold, along with the average American woman over the age of 30. Many women, then, may not benefit from the current generation of morning-after pills.

Emergency contraception, in the best of circumstances, is limited in terms of ability. Morning-after pills work before ovulation, but do not appear to work after ovulation has occurred, and because of this, scientists believe they prevent pregnancy exclusivelyby delaying or inhibiting ovulation. Marketing claims that a morning-after pill may prevent fertilization of the egg or prevent implantation of a fertilized egg in the uterus must be seen as false.

“There is no evidence to suggest that either of the FDA-approved emergency contraceptive options, levonorgestrel (including Plan B One-Step, Next Choice One Dose, Next Choice, and levonorgestrel tablets) or ulipristal acetate (ella) works after an egg is fertilized,” wrote the authors of a study conducted at Princeton University. In fact, two recent studies on levonorgestrel showed that for women who took it on the day of ovulation or after, there were about the same number of pregnancies that would be expected when no emergency contraceptive is used. But among those women who took a morning-after pill before ovulation, there were no pregnancies. Upon examination of 12 studies that included more than 13,500 women, researchers estimate the effectiveness of levonorgestrel-based products to be somewhere between 52 and 100 percent.