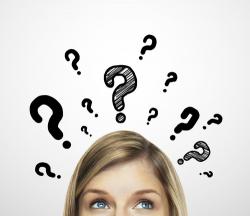 What We Still Don’t Know About ObamaCare “Cutting through the politics and focusing on how to make it all work is what we should be worrying about,” writes a reporter for Forbes magazine on the tax implications of so called ObamaCare, more formally known as the Patient Protection and Affordable Care Act.

“Cutting through the politics and focusing on how to make it all work is what we should be worrying about,” writes a reporter for Forbes magazine on the tax implications of so called ObamaCare, more formally known as the Patient Protection and Affordable Care Act.

Despite the fact that the Affordable Care Act is slated to become a reality in a few months and will affect everyone, many citizens’ understanding of what the legislation actually entails is fuzzy at best.

Perhaps the most common misconception is that universal healthcare will mean free healthcare for everyone. But this is hardly the case, and many people would actually rather take the $95 penalty rather than pay the nearly $1,400 per year to be insured under ObamaCare.

As the advent of the Affordable Care Act approaches, there remains much that we don’t really know about ObamaCare.

How Employers Are Affected

According to Forbes, most employers already provide insurance to their employees. Even Zane Tankel, CEO of Apple-Metro who vehemently opposed ObamaCare, has been offering good “health insurance to his employees three years before ObamaCare was enacted.”

And though the Affordable Care Act (ACA) mandates compulsory insurance, this does not necessarily mean that employers will cover all healthcare costs. Instead they are “only required to pay up to 60% of the cost of insurance premiums.” In effect, employees still end up paying out of pocket despite help from their companies and the government if they earn less than $46,000 a year as a household.

In order to cope with the Affordable Care Act’s regulations, some employers will opt for direct primary care options such as an MDVIP corporate wellness plan. These are essentially co-opts of primary care doctors who practice cash-only medicine and are recognized as a legal alternative under clause i of the ACA.

The ACA and the IRS
Among other things, the ACA has turned up a colossal tax tangle as legislators wrestle with making the 1,000 pages of the law work in real life. Of the roughly 500 provisions included in the Affordable Care Act, “more than 40 amend or add provisions to the tax code,” writes CNN Money.

This presents the IRS with an unprecedented problem for which it does not boast significant resources to effectively handle the situation. And that leaves many worried about customer service from the IRS which was already suffering without the added burden of questions about tax and health insurance requirements. In response, one subcommittee member noted that “the amount of responsibility the IRS is being given in an area that most people don’t think of as an IRS function” is highly problematic.

And because ObamaCare is one size that, quite simply, can’t fit all, there will numerous exceptions enacted in the coming year to try to tailor the shoe to fit all of the roughly 314 million American citizens.

Thus, despite its promises of providing everyone with affordable healthcare, many details remain to be worked out and explained to the public about the hotly contested legislation for government mandated health insurance.