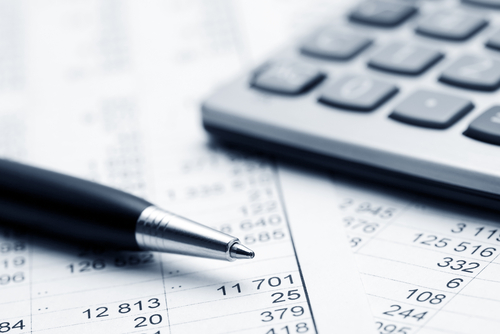 If you were eating in a Chinese restaurant, would you have the temerity to tell the manager how to repackage and re-price the items on the menu?

If you were eating in a Chinese restaurant, would you have the temerity to tell the manager how to repackage and re-price the items on the menu?

Tea is typically sold for a pre-paid price (all you can drink for a fixed fee). Egg rolls are usually sold fee for service (one at a time). A typical menu has bundled meals (a bunch of items for a set price) competing against unbundled choices (à la carte). Do you think you could do a better job of pricing and packaging these items than the restaurant manager?

Most people not in the business would have the good sense to say “of course not” and they would offer that response in a heartbeat.

The medical marketplace must be one thousand times more complex than the market for Chinese food. Yet there are all kinds of outsiders who think they know how health care should be packaged and priced. For example, Richard Thaler in The New York Times writes that

[a]n ideal health care delivery system…would include a fee for health rather than fee for service model. Doctors and hospitals should be paid for keeping their patients well.

So how does Thaler know that “paying a fee for health” is even remotely practical? How does he know that trying to achieve the “ideal” wouldn’t make things worse?

He doesn’t. Nor, as far as I can tell, does anyone else.

Thaler is not alone. Elliott Fisher, Mark McClellan and Stephen Shortell wrote in the Wall Street Journal the other day that we should replace the current payment systems with accountable care organizations (ACOs):

This editorial appears to have been in response to an earlier Wall Street Journal editorial by Clay Christensen and his colleagues arguing that ACOs were almost certain to fail. Perhaps they were also responding to Lawton Burns and Mark Pauly, who make some of the same points at the Health Affairs blog.

Let’s not lose sight of the problem that everyone is keen to solve. Since providers are paid by third-party payers, rather than patients, they have an incentive to treat patients in ways that maximize against the third-party payer payment formulas.

What is being proposed is a new set of payment formulas. Since providers will have an incentive to maximize against the new formulas just as they do against the existing ones, why do we think there will be any improvement?

Most “pay for performance,” by the way, is really paying for inputs, not what we really care about: outputs. When systems do try to pay for outputs they run into huge problems, as Linda Gorman has explained at this blog. Suppose we decided to pay doctors based on the improvements in the health condition of their diabetic patients. The trouble is that improvement is affected by genes, patient compliance and a host of other factors that the doctors don’t control. So the payment system may end up rewarding bad doctors and punishing good ones. This is exactly what has happened with pay-for-performance in education — which has been tried and studied extensively.

Still, the urge runs deep. Former Senate Majority Leader Bill Frist and Stephen Shroeder, writing in Politico, and also at the Health Affairs blog, chime in with this:

Five years should provide enough time for CMS and private health insurers to further explore models of care such as accountable care organizations and patient-centered medical homes that reimburse doctors through fixed payments and shared savings, and adopt bundled payments for patients with multiple chronic conditions.

At least Frist and Shroeder are not wedded to ACOS. They leave other options on the table. But they are clear about who is going to find the right payment formulas: the third-party payers.

Think about that for a moment. Suppose all the consumers who eat Chinese food formed an association, hired researchers, studied the problem at great length, held public hearings and after much discussion and debate issued their own proposal for packaging and pricing items on Chinese restaurant menus. Do you think their ideas would be better than the ideas of the owner/managers?

In a Wall Street Journal editorial, I proposed that we let providers approach Medicare with offers of different packages of services and different ways of being paid. So long as the cost to the taxpayer appears to be lower and the quality of care higher, Medicare should accept the offer. Over time, the arrangements that appear to deliver less than what was promised can be cancelled. Those that appear to be working can be continued.

Under this procedure, the government doesn’t presume to know how to practice medicine. It leaves that specialty to doctors. Change originates and continues on the supply side of the market, not the demand side. Providers would be competing with each other to think of newer and better ways of reducing costs and increasing quality.

Yes, I know. HHS can’t negotiate with 800,000 doctors overnight. But we could start with centers of excellence that have been studied and studied. And with a little fieldwork, HHS should be able to discover in no time hundreds of other cases where higher quality and lower costs are already being achieved.

I know I would start with Dr. Jeffrey Brenner, subject of Atul Gawande’s New Yorker article on “hot spots.” Just to remind the reader, Brenner is saving federal and New Jersey taxpayers millions of dollars by basically engaging in “social work” that changes patient behavior and lowers costs. He gets almost nothing in return because Medicare and Medicaid only pay for medical care, not social work.

The Obama approach is to try to force Brenner to become an ACO and to start doing things he’s not doing today. Even then he won’t make very much money, so no other doctor in America will have any incentive to follow in his footsteps.

My approach would be to pay Brenner $1 million a year, provided he keeps doing exactly what he’s been doing and promise to never become an ACO. Then I would tell everyone else in America ― not just doctors, but also nurses, social workers, and everyone else ― that if they can think of ways of reducing health care costs and improving quality at the same time, they too can get rich.

BioPharma Beat: We Want Healthcare at Any

We all know the expression, “We often don’t appreciate things until they are gone.”

Editor’s Note: Dan Munro is a contributing editor to Forbes.  His columns are collected 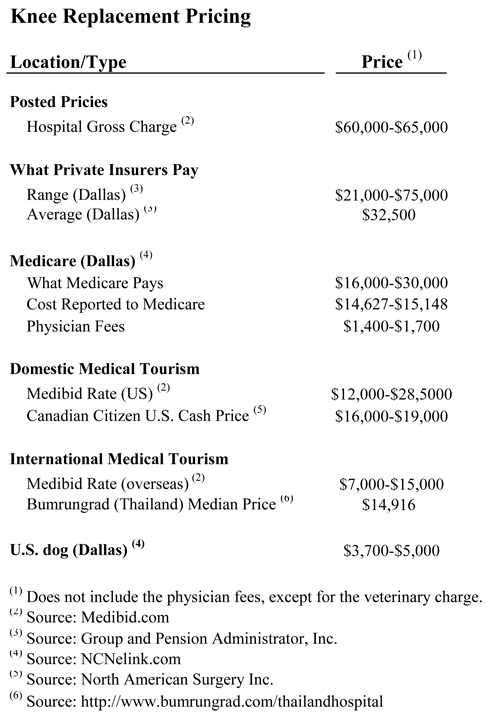 Take a look at the chart below. It shows representative prices for a knee