Just when you think you have heard it all, we now have free-standing ER facilities being built and this story focuses on an area in Washington state, right outside of where some of the biggest tech companies operate with some of the best employee 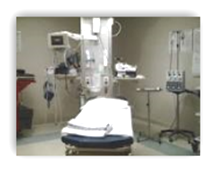 health insurance benefits.  Is this wrong, you tell me.  It’s really not a new concept as there have been other hospital chains that have done the same but perhaps now it’s becoming a bit more visible.  In California we have had Prime Healthcare doing this in a similar fashion for a number of years with buying up hospitals that are on their last financial legs and would more than likely otherwise be closed.

The hospitals purchased do become “Cadillac ERs” in essence as many services formerly provided that do not make money get eliminated.  By not signing contracts with insurance companies, usual and customary fees established can be charged and in many instances they are above what contracted rates call for, so why sign a contract?  I have one of their facilities around where I live and today you can throw bowling balls through the parking lot and in days past before the new ownership you could not find a parking space, so a visual on how the traffic changes in who goes there.

You can also visit the other side of this spectrum with the naïve and gullible believing that algorithms can predict to a high degree of who will be re-admitted again to the hospital.  This is pretty much just number crunching and you may end up with some interesting stats, but when you bring it down to an individual level, and even Netflix says their algorithm is only 60% which shows what other movies you may like, you kind of wonder how many gullible folks are around in both companies and governments today. Everyone still forgets the “education” part of this when it comes to crunching numbers and I even laugh at for HHS director Leavitt buying in to this and putting his name out there on it, but that’s what you get with folks that don’t understand algorithms and how the math works.  It’s worth a look going over to the site to see how it resembles a “gaming” site and not research and you wonder is this what we have come to?  Mr. Leavitt is in to making money.

So we come full circle here back to the hospitals who’s contracts are getting cut from insurers too and add in the mix of charity cases with Medicare and Medicaid patients they see and they are improving their mix. Hospitals today use business intelligence software to give them the analytics they need to keep in the black but this may not always reside well with cutting medical costs.  You can’t blame them and it’s usually subsidiaries of insurance companies that sell them the software they use to guide them…it does happen…and I call those articles I post here “subsidiary watch”.

It is interesting to see a big conglomerate cut payment rates with one subsidiary and then rush in to sell software with another and in time this could maybe cross into some areas of conflict of interest and I am guessing this might be why United hired former MN US Attorney General to be their general counsel too, just a guess here.  I can imagine the size of their big data analytics when they combine all entities and the decision making processes they use.  BD

With medical costs spiraling upward and state-paid insurance coverage evaporating, you might think hospitals would discourage patients with sprains and cuts from coming to their emergency rooms for care that would cost much less in clinics or urgent-care centers.

Hospitals throughout the Puget Sound region are in the midst of a boom, building spiffy new free-standing emergency rooms and entire hospital towers with expanded ERs, and drastically remodeling existing ones.

The ER building boom has prompted a backlash from some lawmakers and advocates of affordable health care, who complain that nearly all Washington hospitals get substantial tax breaks and construction financing through tax-exempt bonds.

Since 2005, Swedish has built three free-standing ERs: One in Issaquah that closed this year when Swedish opened a hospital there; one in Redmond and one in Mill Creek.

A patient at a free-standing ER who needs hospital services will be taken by ambulance to a hospital, typically one in the same system. Although the ride is often expensive, overall the delays haven’t posed a risk to patients, according to Dr. Mickey Eisenberg, medical director of King County Emergency Medical Services. That’s partly because paramedics take patients with obviously life-threatening injuries or illnesses directly to full-service hospitals, he says.

What Hill does see is more competition among hospitals — “there’s essentially an arms race going on,” he says. “This is bankrupting families and businesses and governments.” 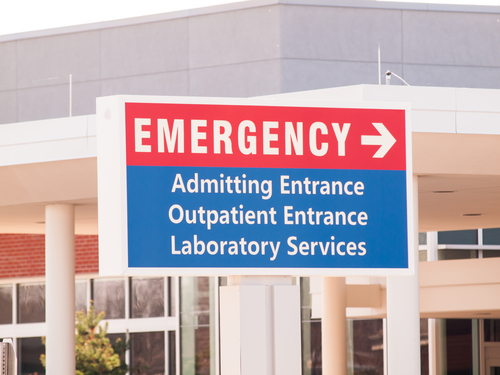 Are Emergency Rooms Admitting Too Many Patients?

This blog has discussed conflicts of interests. Indeed, every player in the medical arena