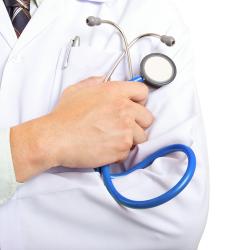 Physicians have reached out recently to discuss attractive employment offers from health systems. They are invariably conflicted. They understand the trade-offs, that they’ll give up the autonomy they’ve become accustomed to in exchange for more money and fewer practice management headaches.

Physicians have reached out recently to discuss attractive employment offers from health systems. They are invariably conflicted. They understand the trade-offs, that they’ll give up the autonomy they’ve become accustomed to in exchange for more money and fewer practice management headaches. On the down side, they’ll be accountable for generating significant revenues, sometimes independent of care appropriateness.

Most also are aware that the same care services they provide now will be considerably more expensive once they’re part of a system. Many appreciate that because health systems are corporations with a heavy focus on optimizing short term gains, their future employer’s loyalty is suspect. And then there is the question of whether the health system’s management team is competently preparing to be sustainable in a market that could change dramatically.

The goals of practice acquisition are straightforward. Relatively modest physician incentives can generate significant returns. So long as fee-for-service reimbursement remains the dominant paradigm, primary care and specialty physicians are a referral base, fueling utilization and revenues for the system. And if one system can acquire a high percentage of the market’s PCPs, that ensures that referrals don’t go to competitors.

If reimbursement turns toward risk, all bets are off and it remains to be seen how this will play out. Systems (presumably) can adjust the PCPs’ incentives so they only refer patients who legitimately need services. I say presumably because that maneuver will require changes in both tools and culture, and making this shift will likely prove more difficult than many suppose. Certainly, for specialties like cardiology that have evolved an over-capacity in response to payment independent of adherence to evidence, it won’t be pretty.

In local markets, the impacts have been profound. In Massachusetts, home to the nation’s most runaway commercial health costs, 84 percent of PCPs now are affiliated with one of five physician groups. The largest one, associated with Partners Health, is larger than the next two combined. This kind of coverage and clout has allowed Partners to demand Mass General rates at its far less intensive, suburban hospitals.

The data also show that physicians embedded in systems respond to incentives by generating more revenue for their employers. Specialists of all types used to drive more utilization and cash flow, but now primary care is more valuable. New survey results from more than a hundred health system CFOs show that 2012 referral revenues – from admissions, procedures, tests and other services – were up 13 percent to $1.57 million from $1.39 million in 2010 per internal medicine, family or pediatric physician. The average family physician generated almost $2.07 million, up 24.3% from $1.66 million in 2010. An elephant in the room question that should be (but probably won’t be) asked by the primary care medical societies is whether these data suggest their members, in responding to financial incentives, are steering away from evidence-based care.

By contrast, per physician averages of the 15 non-primary care sub-specialties ($1.42 million) tracked is now lower than for primary care ($1.57 million). The exceptions were orthopedic surgery ($2.68 million) and invasive cardiology ($2.17 million), which remained the highest revenue generators for health systems.

The drive for market dominance has not only changed health systems’ relationships with doctors, but driven excessive care and cost to health system benefit. US health care is rapidly evolving away from the cottage industry it has been for decades, and has become, for better and worse, a more purely corporate enterprise.

All this is good news for large health systems but bad news for employers and other purchasers. Health systems’ ownership of physicians works well under fee-for-service, but there is little financial incentive to bother learning how to only deliver the right care.

It is hard to imagine that the current paradigm can hold on much longer. Purchasers are under tremendous cost pressure, and the health industry has kept that increasing market tension at bay only through aggressive lobbying. The inevitability that it will give way, with reimbursement moving toward risk, is what most health system executives dread and a few are preparing for.

But the fix is in. The bursting dam that changes how we pay for care, will also set the stage for a longer term, organic (if painful) transition to more sensible management of patients and populations, overseen by employed clinical teams. They’ll be configured somewhat differently than they are now, and have different tools, and the names of their organizations may change. But most will remain in health care organizations, not private practice. 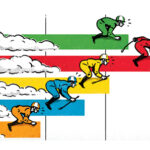 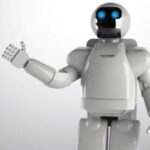 Robots Caring for the Elderly?