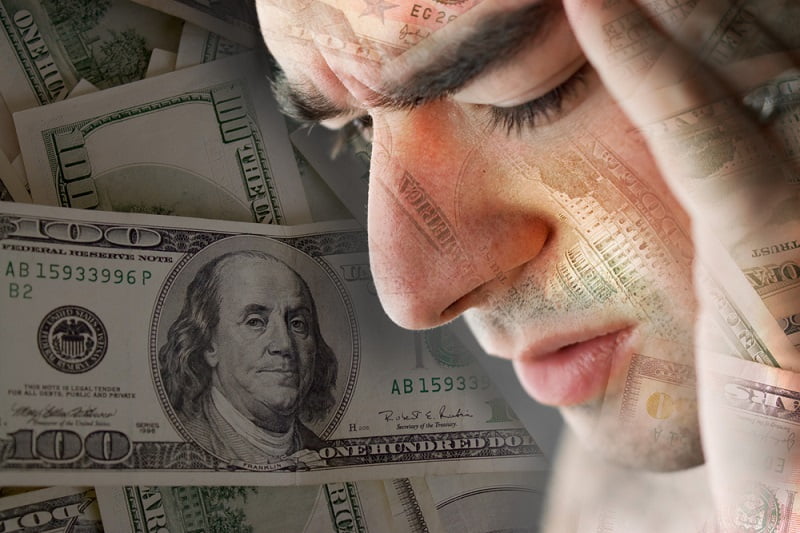 Poor Financial Mistakes that Can Wreck Your Health

I knew a successful attorney a few years ago that made a six figure income. Then he unexpectedly got laid off. He knew that he would have to deal with a lot of stress as he searched for a new job. What he didn’t expect was that he would start developing a number of physical health problems. It became very clear that the symptoms were linked to his recent unemployment.

Kyle isn’t the only person that has to deal with this. Financial stress can lead to a lot of different health problems. Anxiety often manifests itself in stomach discomfort, which leads to poor digestion. It also weakens our immune system‘s, which makes us more susceptible to any type of illness.

This is one of the reasons that American started developing health problems a few years ago. A PriceWaterhouseCooper‘s survey in 2014 found that 48% of adults with jobs were stressed out about their daily finances. Those figures have not changed over the past four years.That study eclipses the real epidemic, because it didn’t even include the nearly 10,000,000 people that were unemployed.

Dealing With Financial Stress is Important for Our Physical Health

There are a number of things that we need to do to minimize financial stress. One thing is to focus on making smart investing decisions. If you are purchasing stocks, you should stay diversified and avoid buying overvalued assets. Purchasing penny stocks is a better alternative to purchasing stocks that are priced 10 times higher than a fair market valuation.

You also need to be cautious about monitoring your debt. Debt problems are a growing concern for many people. If you are in deep debt, try to see if you can reconcile with the creditors and seek a compromise. My friend’s fiancé had to do this. It made her life much easier.

Financial stress has a profound impact on our physical health

Most people underestimate the effect that stress has on our lives. It isn’t just a psychological state. It also manifests itself as a physical reaction to challenges that we face.

Countless studies have found that there is a strong correlation between financial stress and health problems. A 2015 survey by Gallup found that recent college graduates were more likely to experience physical health problems if they were concerned about their student loan debt. People worried about their tax debt tend to have even more pronounced symptoms.

A paper published by the Journal of the American osteopathic Association show that somewhere between 75% and 90% of all doctor visits were due to stress. Dr. Arta Bakshandeh, senior medical officer with Alignment Healthcare in Los Angeles, concurred with the findings.

“Of the patients that I would attribute their medical problems to stress, the overwhelming majority have money at the root,” says Bakshandeh. “Most commonly, these patients complain of headaches, elevated blood pressure, ulcers, depression and moderate to severe anxiety.”

Since financial concerns are at the root of most stress, it is clear that many people are visiting the doctor to deal with symptoms that arose from financial difficulties.

Of course, not all health problems arising from financial difficulties are stress-related. Some of them are brought on by more direct causes. People with financial issues are less likely to purchase health insurance, which keeps them from visiting the doctor when they have symptoms of a problem. They end up leaving problems on diagnosed, which causes them to worsen over time.

People that are worried about their health are also less likely to make smart dietary choices. They are more likely to eat filler foods that are loaded with saturated fats, sugars and simple carbohydrates.