The Patient Protection and Affordable Care Act (PPACA) gave Republicans a great big target to shoot at, and they’ve worked up so much energy attacking so-called ObamaCare that they’ve dug themselves into a great big hole on health care. It may well be enough to keep them from control of the White House and maybe the Hill, too if things keep going the way they’re going.

The Patient Protection and Affordable Care Act (PPACA) gave Republicans a great big target to shoot at, and they’ve worked up so much energy attacking so-called ObamaCare that they’ve dug themselves into a great big hole on health care. It may well be enough to keep them from control of the White House and maybe the Hill, too if things keep going the way they’re going.

Jonathan Chait has an excellent essay in the May 26 New Republic (You Got Nothing) that points out that not only have Republicans forgotten the “replace” part of “repeal and replace,” but that they’ve put themselves in a spot where they will never be able to come up with a health plan.

Taking control of Congress again this year, Republicans immediately set about undoing health care reform. Carefully following the advice of pollsters, however, they insisted their true goal was not to overturn the law but to “repeal and replace.” The effort began with a straight-up vote to repeal health care reform and replace it with, technically speaking, nothing whatsoever. But fear not! “Repeal is the first, not the last step,” wrote Ryan and four other Republican chairmen. “Compassionate, innovative and job-creating health care reform is what’s next.” 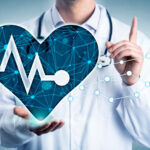 Alas, the race to discover this compassionate, innovative, job-creating health care plan has proceeded with all the urgency of O.J. Simpson’s search for the true murderer of his late wife and her paramour…

Conservatives adore Ryan’s budget perhaps because it liberates them from the exhausting burden of pretending to care about the uninsured. It begins with the assumption of perfect markets everywhere and dispatches any attempt to correct for market failures—by, say, covering the uninsured—in purely ideological terms. (Subsidizing insurance for those who can’t afford it leaves them “helplessly dependent on their government.”) Inside this snug little loop of reasoning, if the answer isn’t the free market, you’re asking the wrong question.

But there’s a little problem here, which is that there are at least a couple of relatively serious thinkers contemplating the Republican nomination. And they’re not yet ready to buy in completely to the lazy Ryan-style thinking and to reflexively label everything in PPACA as a terrible idea. Last week Mitt Romney stepped into the limelight and botched his attempt to square his leadership role in enacting the PPACA prototype in Massachusetts (complete with individual mandate) with his avowed desire to overturn PPACA right when he gets into office. As I wrote, it is actually an intellectually defensible position, but he didn’t present that way.

Now along comes Newt Gingrich, who (shockingly!) called it like it is on the Ryan budget plan. From the Wall Street Journal (Gingrich to House GOP: Drop Dead)

The Ryan program “is too big a jump,” he said. “I think what you want to have is a system where people voluntarily migrate to better outcomes, better solutions, better options. Not one where you suddenly impose upon you—I don’t want to—I—I’m against ObamaCare, which is imposing radical change. And I would be against a conservative imposing radical change.”

Today Gingrich is back, towing the line. But, like Romney, he’s put forth serious health care reform ideas in the past, including mandates. That’s just not going to play in today’s GOP primary environment.

When PPACA was passed I was among those who expected that it might become popular, at least in time for the 2012 election, as people started to enjoy some of the benefits it provided. I underestimated how broadly and strongly it would be attacked, but I also took the GOP at its word that “repeal and replace” wouldn’t amount to repeal only.

Republican primary voters may or may not care that “replace” has been cast aside. But at the very least the moderate center is likely to wake up by the time of the general election and realize that we have to do be serious about health care reform in this country, and that simplistic, ideological solutions aren’t up to the task at hand. Serious Republican contenders for President understand this, which may be one reason they’ve been so slow to get into the race.

You can bet the White House is quietly enjoying the fratricide.