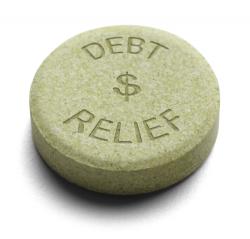 Should We Bail Out Hospitals for Their Bad Debt? A previous blog entry tried to shed some light on the phenomenon of hospital charges that are out of control, such as $500 for a single stitch.

A previous blog entry tried to shed some light on the phenomenon of hospital charges that are out of control, such as $500 for a single stitch.

Well, the hospitals have their challenges, too. They increasingly have to worry about collecting money directly from patients, instead of insurers, according to recent articles.

However, it is hardly new. Back in 2009, an article appeared under the headline “Hospitals Forced to Become Bill Collectors”. The article lamented the rise of high-deductible health insurance, which means that a higher proportion of costs are paid directly by patients.

Well, the self-pay patient is here to stay, and hospitals still struggle to get his money. The way hospitals speak about this issue, you would think no-one else has ever had to figure out how to manage the risk of not getting paid for services rendered. The idea of informing the patient how much he owes before he shows up for a scheduled surgery, and discussing a payment plan if he cannot afford his entire share upfront, are still viewed as mysterious and odd requirements by most hospital administrators.

In a 2011 survey, seven out of ten hospitals reported that they collected less than one third of fees due from patients at the time of service. To say that many hospital CFOs are sweating over lengthening accounts-receivable ledgers would be an understatement.

This should not have to be a public-policy issue. But it is for one Congressman I heard from. Scowling, he passed on a report from a large hospital system in his district claiming that deductibles are so high that one third of its losses due to uncompensated care are from insured patients!

There is only one reason (that I can think of) for a hospital lobbyist to bring this complaint to a politician: To ask for taxpayers to backstop these losses. There is precedent: Until 1997, Medicare compensated hospitals for 100 percent of Medicare patients’ unpaid hospitals bills (below the deductible). It dropped to 70 percent until this year, when it went down to 65 percent. Needless to say, the American Hospital Association lobbies against this trend. The idea that they would come anywhere near suggesting a similar bailout for privately insured patients’ unpaid bills is remarkable.

In fact, hospitals’ struggle to get payments from patients, which are legally due, puts them in the same boat as millions of others in our society, from free-lance writers to general contractors, to anyone who sells anything on credit. They will have to develop the same skills in customer service as have providers in other sectors.

More importantly, the hospitals’ pain is necessary to bring about price transparency, which is very important in a consumer-driven health system. If hospitals are unable to tell patients what they owe before a scheduled service, they are going to continue to struggle to get paid.

Politicians must not interfere with this painful change, or price transparency will never come to health care.