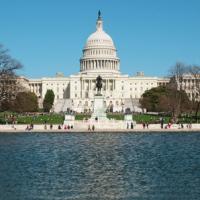 Groups Nationwide to Get Federal Grants to Promote ACA Efforts to get Americans used to the idea of healthcare exchanges and mandated coverage just got a major shot in the arm, financially. HHS has ponied up the funds for local groups to aid consumers in the new healthcare marketplace ahead of reform.

Efforts to get Americans used to the idea of healthcare exchanges and mandated coverage just got a major shot in the arm, financially. HHS has ponied up the funds for local groups to aid consumers in the new healthcare marketplace ahead of reform. The agency will award almost $70M to states, many which have essentially ceded authority to the feds to set up exchanges (as dictated by the ACA), to fund marketplace “navigators” to help consumers with new choices for coverage.

Consumer outreach and assistance are considered keys to the success of the Affordable Care Act. Many uninsured Americans don’t know about the marketplaces or have little idea how they would work, polls show. […] Under the health law, all states must set up Web sites where people can compare and shop for health insurance coverage. People will also be able to find out whether they qualify for subsidies to reduce their costs or whether they are eligible for Medicaid, the state-federal program for the poor.

There’s quite a disparity among the 17 states that will be primarily running their own exchanges and the 34 states that will be assisted primarily by the federal govenrment, with respect to individual resources. States that chose to run their own health insurance exchanges have received far more federal funding for on-the-ground help. Many red states that have decided to use the federal default funding mechanism to get exchanges up and running vary in amounts earmarked for ACA consumer navigator formation — based largely, but not completely, on the numbers of uninsured in those states.

Virginia, the only jurisdiction in the metro Washington region that is defaulting to the federal government to run its marketplace, is receiving about $1.7 million, about $350,000 more than an earlier estimate. One of the recipients is the Virginia Poverty Law Center, which is receiving nearly $1.3 million to hire about 16 navigators across the state.

By contrast, Maryland, which has roughly the same number of uninsured residents, has $24 million to hire 175 navigators and an additional 150 helpers.

Texas, the state with numbers detailing some of the most uninsured totals in the nation, will net $11M — a huge grant total among red states allowing the feds to run exchanges, in spite of its “hands-off” status. Obviously, this state, with its astronomical numbers of uninsured, is critical to the early implementation of the ACA (in spite of the political posturing by its governor and legislators) to ensure a smooth rollout. It should be very interesting how this navigator program will influence healthcare consumer acceptance of the ACA and its exchange provision. HHS Secretary Sebelius and the Obama administration are doing everything they can to make sure that acceptance is positive. | LINK