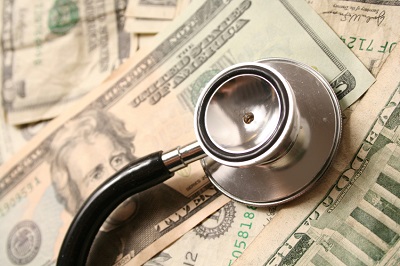 Despite its editorial position in favor of more government control of people’s access to medical care, the New York Times has an excellent track record of journalism covering the real problems in U.S. health care.

Despite its editorial position in favor of more government control of people’s access to medical care, the New York Times has an excellent track record of journalism covering the real problems in U.S. health care. A fine example is Elisabeth Rosenthal’s report last Monday (“As Hospital Prices Soar: A Stitch Tops $500″, December 2, 2013) on outrageous hospital prices, including $500 for a single stitch. She identifies something that we don’t hear from hospitals themselves: Emergency rooms are profit centers. And we are not talking about rocket surgery: As Rosenthal notes, stitching a wound with needle and thread ― a procedure undertaken since antiquity – routinely leads to a charge of over $1,500.

Rosenthal filed her story from San Francisco. California requires hospitals to file all their charges for procedures (the “chargemaster”) with the Office of Statewide Health Planning and Development (OSHPOD), which publicizes them. Many observers believe that the state forcing hospitals to publicize prices will lead to price reductions. However, this is a misdiagnosis: Addressing the symptoms and not the cause.

Rosenthal herself succumbs to the erroneous notion that hospitals gouge uninsured patients the most because they don’t have insurers to “argue” fees on their behalf.  To be sure, insurers regularly pay hospitals about one third of charges invoiced. However, it cannot be true that consumers need insurers to negotiate for us, because we don’t use them to “argue” with Amazon.com, Wal-Mart, or Office Depot about prices they charge. Indeed, those firms achieved market dominance by combining convenience and low prices.

Nevertheless, it is necessary for hospitals to go through the charade of trying to collect high fees from uninsured patients, before writing the costs off to charity care, because Medicare regulations force them to do so. If hospitals do not try to collect from uninsured patients, the government accuses them of giving them a bigger discount than they give to Medicare, and claws back Medicare payments.