9 Criticisms of the Readmission Reduction Program

Summary: The Readmission Reduction Program is designed to reduce healthcare spending while improving quality. There are both proponents and opponents of the program, as with just about any other program.

Summary: The Readmission Reduction Program is designed to reduce healthcare spending while improving quality. There are both proponents and opponents of the program, as with just about any other program. Let’s delve into the improvements that could be made to the current system.

So, as most of you are aware, CMS, under the direction of HHS, created the Hospital Readmission Reduction Program in order to reduce healthcare spending while improving the quality of care. The program is being phased in beginning with a 3 year baseline period in which hospitals were required to report all readmissions (within 30 days). CMS assessed and analyzed all of the available readmission data to determine how penalties should be assessed, for which conditions, and any exclusions. Beginning October 2012, penalties were assessed to over 2,200 hospitals, equating to about $280 million. The phase in included an increase in penalties from 2013 to 2015 from 1% to 3%, where it is currently capped. Initially, there were 3 conditions included: Acute Myocardial Infarction, Heart Failure, and Pneumonia. For 2015, CMS is proposing 2 additional conditions: Chronic Obstructive Pulmonary Disease and Elective Hip and Knee Replacements.

Critics of the Readmission Reduction Program

While the readmission program does seem to be producing positive results, the program does have its critics, as voiced by academics, the hospital industry, and policy makers.

MedPAC, in particular has been quite vocal about their criticism toward the readmission program. They have endorsed the program, while strongly recommending changes both in the way the penalty is calculated and the method for adjusting readmission rates based on socioeconomic factors.

What are your thoughts on the current Readmission Reduction Program?

Do you think this is a comprehensive list or that these just barely scratch the surface? What other criticisms do you have? What do you think is right and working well? Are there additional conditions you would like to see added to the program? Do you think the penalties are excessive? 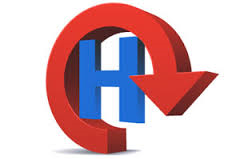 Hospital Readmissions Are Costing Us $26 Billion 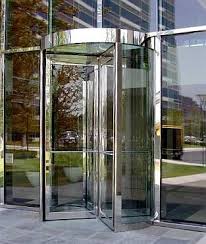 7 Ways to Reduce ER Admissions and

For many hospitals, the emergency room is the busiest place for both staff and