Social Media or Search Engines……The Chicken and/or the Egg?

Just a short time ago physicians and scientists had primarily one readily available search engine, sponsored by the National Library of Medicine and the NIH.

Just a short time ago physicians and scientists had primarily one readily available search engine, sponsored by the National Library of Medicine and the NIH. It was and is still called “PubMed”.  Numerous iterations developed in the past two decades to search a variety of data bases held by the NLM.  You had to be an “insider” and educated about Boolean logic and commandsto optimize a search for the most meaningful answers.  Too many answers can be worse than too few. The top four search engines all provide “rich” health and medical information, but none of them stand out as the best, according to a new study published in the Journal of Medical Internet Research.

The researchers, from the University of Missouri and China, compared the top four search engines–Google, Bing, Ask.com and Yahoo!–for usability and search validity. They noted that most people use just one search engine when conducting research on a health-related topic, and then view the websites only on the first page of the search. The researchers wondered if this was the best way to obtain information.

Patient online health research has been on the increase and can improve patient care, but has been known to be faulty. Online searches are also increasingly being used by patients to compare provider costs and by physicians to augment their own research.

Search engines themselves are the subject of scrutiny and evaluation with changing search engine algorithms. The most popular search giant Google also has a Google Scholar feature. Google’s engine has been tweaked to assess relevance instead of ‘page rank’. Page rank serves well for marketing and sales but does not serve scientific research well.

At a time when I trained the typical physician would request the medical library (librarian) to direct a search and provide a list to the physician. Today the size of medical libraries is shrinking and the staff is as well. Some of their strengths have been replaced by ‘self service’ using modern internet technology and access to library subscriptions for full text article.  This has proven to be efficient for most users.

At times physicians and patients use the same search engines, and I always want to source another reference that a patient would not have access to.  After all they reimburse me to add some value to the visit about  their illness that they would not already have access.  My own opinion is reflected aptly by this opinion,

“And while 90 percent of the physicians said that more access to online medical information and resources improved the quality of care at their organization, a fifth said that patients’ online health research has “been detrimental, leading to misinformation and incorrect self-diagnosis.” In fact, more than half (53 percent) of those surveyed ranked “patient misinformation” as the top barrier to good doctor-patient communication, trumped only by lack of time with patients (78 percent).”

Notably, the survey revealed that physicians get their online health information from some of the same sources as patients with search engines, such as Google and Yahoo, ranking second only to medical journals as resources used by physicians.

It’s another item to “Google”

Leveraging the advances in search engine software has been increased processing power, memory and the transition to mobile devices, such as smartphones, tablet pc, and voice recognition software, such as iPhone’s Siri.

Where is the connection (if any) between the chicken and the egg and Social and Search?

If you have clicked on the above links to search engines or use one of the above you quickly realize that the landing page offers much more than search with the presence of social media platforms as well as advertisements.  Search and social are a driving economic infrastructure which has become vital to health care and physicians (whether they recognize it, or not)

The interaction of patients and physicians may begin in social media and rapidly transition to a ‘search’.  The mergers of several internet giants include Google, YouTube, and searches can include both directions to include scientific video programs, and educational courses on YouTube. 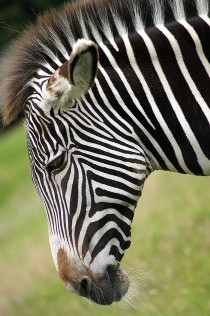