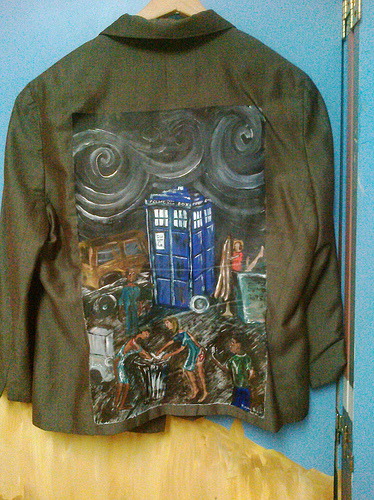 by Regina Holliday 7 min read
When I was a young teen I went with my little sister Esther to get my ears pierced at Claire’s Boutique in the local Mall.  If you are not familiar with Claire’s Boutique it is a shop filled with hair accessories and very affordable earrings.  I remember the young shop girl who pierced our ears.  She held up a tool that looked like a pliers.  She explained that she would be placing “studs” in our ears.  These earrings were gold plated and would be locked in place for the next six weeks.  We would need to clean our ears regularly.  After six weeks our ears should heal and then we would be able to wear other earrings they carried.  She followed up saying sometimes certain clients did not respond well to metal in their ears. Those clients would need to stop wearing earrings or use gold earrings only.  After telling us all these things she stapled our ears.
My ears swelled and bled.  The next six weeks were very painful.  My ears were warm to the touch.  I was one of those clients who could only wear gold.  Gold earrings are quite expensive, so over the years I would try to wear the fashionable earring labeled “surgical steel.” Within minutes my ears when begin to swell and bleed.
I thought about this experience in the years I have been a medical advocate I have spoken to a great number of patients who have had medical devices implanted in their bodies.  A few of them have suffered a great deal.  They complain of a deep tissue itch, swelling and pain.  I asked them if any of their doctors explained potential allergic reaction as well as the shop girl did at Claire’s Boutique.  They all said no.  There had been no warning, no discussion. Now they suffer with little recourse.
There is an patient champion who has made advocacy in this field her life’s work.  Joleen Chambers blogs under the title FIDA: Failed Implant Devices Alliance.  She became part of the patient advocacy community after spending years speaking for her brother as he suffered in anguish due to a failed implanted elbow.  He was placed on a long term maximum dose of pain medication.  Joleen began speaking out as she became aware of all of the patients who were suffering with failed implants who could not find surgeons to repair the damage done.
A year ago Joleen joined the Walking Gallery when she attended the Patients 2.0 session day at Health 2.0 inSan Francisco.  I finished her jacket there at the event.  This is a jacket for Joleen Chambers, “Spare Parts.”

This jacket is framed by a scene from Doctor Who: a brilliant British science fiction television program that her family enjoys as much as mine. This image is based on the first scene in the first episode of the program.  This is a scene in a junk yard.  The classic blue police box is surrounded by so much junk and perhaps is considered junk itself.

In of the darkness, patients seem to be scrounging through the bins and piles of derelict parts.  If you look closely at these patients you will see large wounds at the joints of their body.  Metal hip joints and shoulder joints are in bins.  The patients paw through the open bins in the hope that they can find a part that will replace the broken a failed part inside of them.

I thought this a perfect image for Joleen.  I am sure there are many who look at this jacket and do not think it a serious image, just as many people don’t take failed implantable devices seriously.  Joleen has a hard long battle a head of her.  Recently she submitted an essay to Mayo Clinic for Social Media Scholarship Essay Contest.  She is asking all of us to like her essay or tweet it so she can be a finalist in the competition.

I urge you to do so.  She works very hard in field shrouded in darkness much like the scene of her jacket story.   There is very light in this painting, but light is comes from a smart phone and a person willing to tweet injustice. 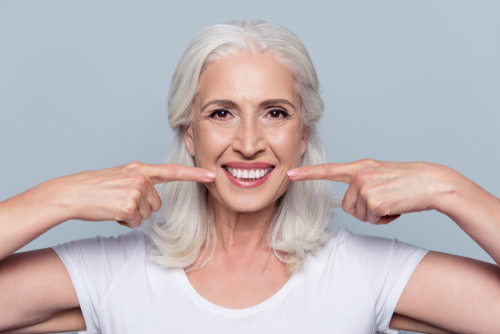 Although dental implants fall under cosmetic dentistry, they don’t exclusively serve for aesthetic